BREAKING NEWS: there’s a new Call of Duty game coming out this year.  But this isn’t Black Ops 3, or Modern Warfare 4.  This is a fresh start for a new console generation, so there’s actually a legitimate reason to get excited.  Read on for the details.

Following weeks of speculation, rumor, and the obligatory retailer leak (which probably wasn’t really a leak at all, but was in fact a deliberate marketing ploy to build anticipation), Activision has finally pulled back the curtain on the next generation of Call of Duty.  Entitled Ghosts, the game is being developed by series veterans Infinity Ward, and will feature an entirely new setting, story, and cast of characters.  Sorry, Captain Price fans.  And while no characters have been confirmed for Ghosts, given the title, I think it’s safe to assume these guys will be showing up at some point. 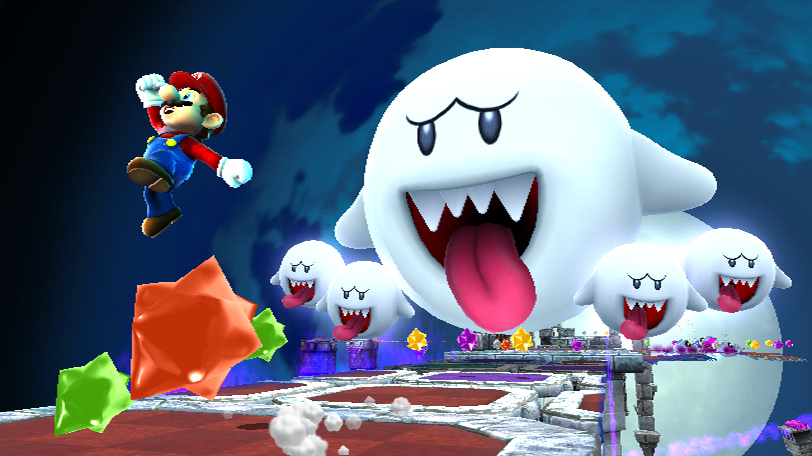 Infinity Ward’s executive producer of development Mark Rubin had this to say about the studio’s decision to start fresh with Ghosts.

“Everyone was expecting us to make Modern Warfare 4, which would have been the safe thing to do. But we’re not resting on our laurels.  We saw the console transition as the perfect opportunity to start a new chapter for Call of Duty. So we’re building a new sub-brand, a new engine, and a lot of new ideas and experiences for our players. We can’t wait to share them with our community.”

He didn’t outright confirm that Boos will have a starring role in Ghosts, but he didn’t deny it either.

Call of Duty: Ghosts will be making its debut at Microsoft’s next generation Xbox reveal, this May 21st at 10AM PST.  If you’re one of the unlucky millions who won’t be able to attend in person, the event will be streamed on Xbox.com, Xbox Live, and Spike TV.  Call of Duty: Ghosts will be released this coming November 5th, and will be available on Xbox 360, PS3, PS4, PC, and whatever the heck Microsoft is calling its next Xbox.  I say they’re gonna pull an iPad, and just call the thing “The New Xbox.”  You heard it here first, folks.  Head on over to the official website to pre-order, and to watch the brand new trailer.  Or if you’re not the pre-ordering sort, you can just watch the trailer below.

Wow.  That trailer definitely made up for its lack of in-game footage with an overabundance of angry dudes staring at you.  Seriously, I haven’t felt that uncomfortable since the time I wore my Redsox cap on the NYC Subway.