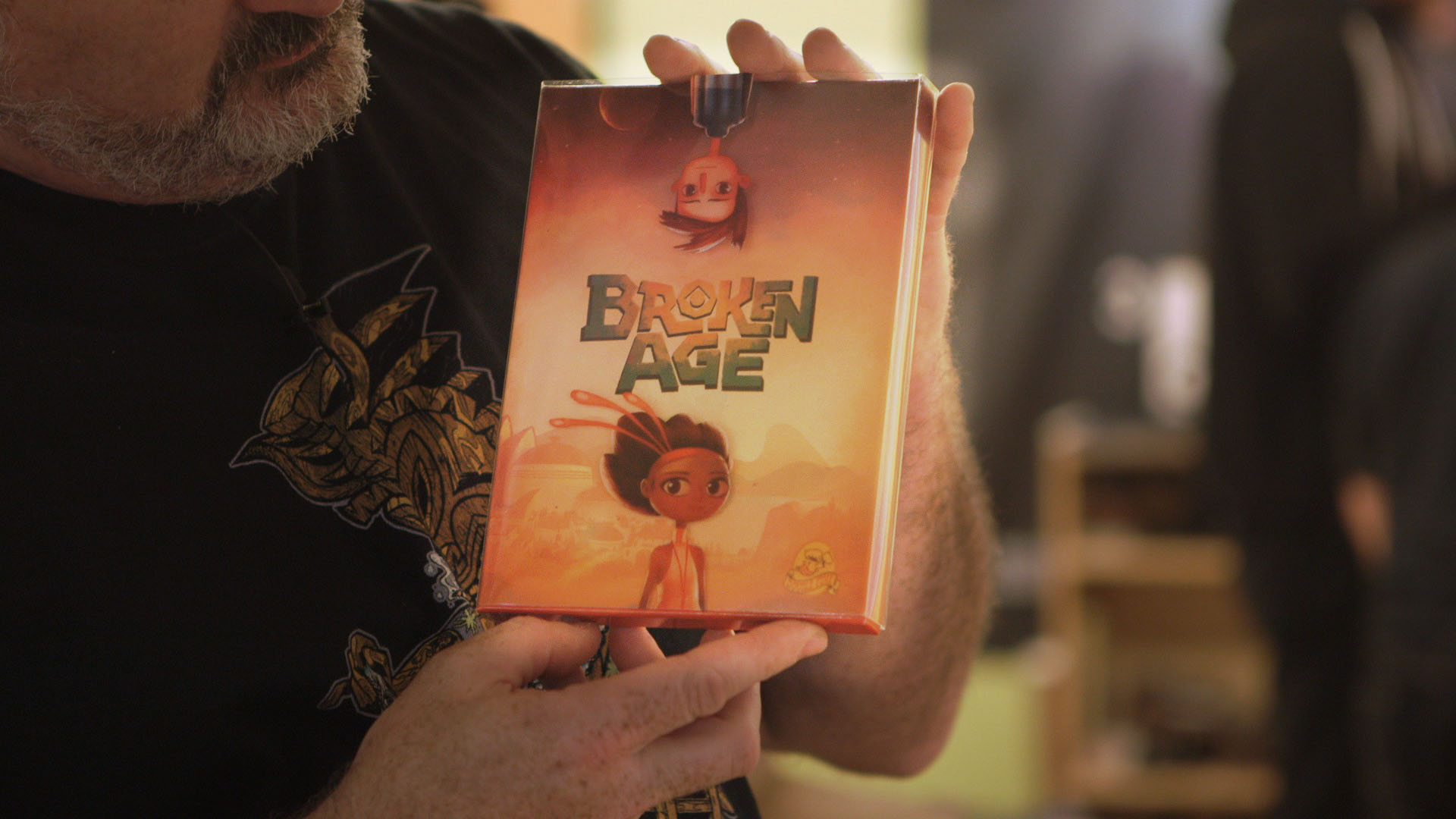 The Double Fine Adventure documentary is complete! 2 Player Productions have just announced they have completed work on the behind-the-scenes series that chronicles the development of Broken Age.

The eye of the internet has been on the development of Broken Age ever since the kickstarter campaign achieved funding of over $3 million, much higher than the original target of $400K. One of the rewards for backers of the campaign was a documentary; the story of what happened over the course of development that took the game from a spark in Tim Schafer’s head, through its creation at Double Fine Productions and finally out into the world for people to play. This was completed through a collaboration between 2 Player Productions and Double Fine Productions.

The Double Fine Adventure documentary captures the creative process at Double Fine over a three-year period, independent of the shrink-wrapped ‘story’ that might come out of a public relations department. More than a collection of high-five freeze-frames, the series is transparent in how it presents the development of Broken Age; from the initial idea through to completion, with every mistake made caught on camera in a confronting yet candid account of the game industry.

Whilst 2 Player Productions is still working on getting the video production quality up to standards ready for Blu-ray and digital HD versions for backers, each of the twenty episodes that make up the series have now been released on YouTube. 2PP have successively released each episode throughout the year, beginning with the first episode appearing on YouTube in March, and the final episode uploaded last week.

You can find the entire series of The Double Adventure available now on YouTube here.

2 Player Productions prior work includes Minecraft: The Story of Mojang and Penny Arcade: The Series. Additional details on the higher quality versions of the documentary and other video rewards can be found at adventure.doublefine.com.