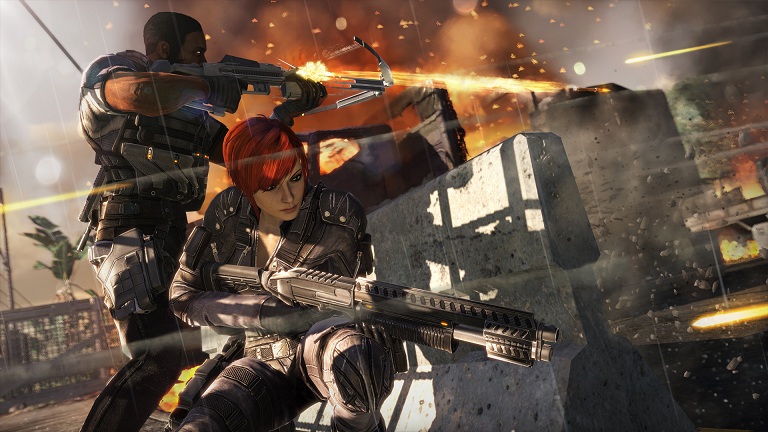 What happens when humans take control of volatile alien technology they were never supposed to have? Probably the same thing that happens when we develop advanced military technology, but far be it for me to answer the question EA Games have asked as part of their newest announcement. That announcement is the news that EA is partnering with Insomniac Games (those of Resistance fame) to develop Fuse – a four person co-op action adventure game.

A four-person co-op action shooter, Fuse is set to thrust players into the role of one of four elite, covert agents, each with their own skills and weapons. And if you’re not excited by this news in combination with the suggestive words I’ve used above I really don’t know what to tell you.

Previously known as Overstrike, Fuse will see you play as either Izzy Sinclair, Jacob Kimble, Dalton Brooks or Naya Deveraux as they fight to protect humanity from a deadly and mysterious energy source known as Fuse. This is the first multi-platform release from Insomniac Games, whose previous titles have included the Playstation only releases Resistance and Ratchet and Clank.

No specific release date yet, but Fuse is scheduled to launch sometime in March 2013.