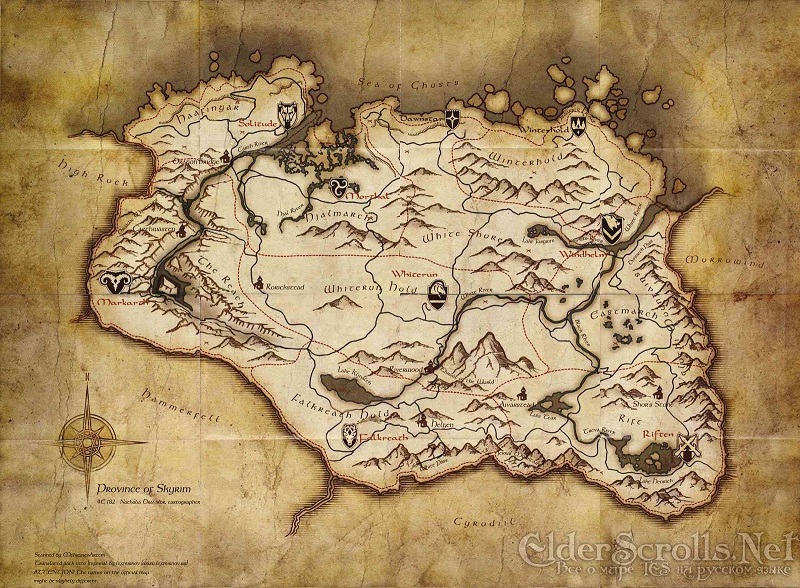 The map for the gameworld players will be traversing in Elder Scrolls V: Skyrim has been leaked online today. Apparently scanned by a Russian fan using a collector’s edition copy of the game, the map shows the scale of the Province of Skyrim – and like everything else revealed so far it looks to be Epic with a capital E.

A larger version of the map can be found here. Bear in mind that the English translation of the map may not be 100% accurate (as it’s been translated from Russian), but the map does clearly show nine major cities, each sporting their own stylized coat of arms (which remind me of the chapter logos found in Robert Jordan’s books). It sure is exciting to look at the map, read the names of smaller settlements, and know that everything you see on that map can be visited (and that’s not even taking into account the many hidden caves and settlements that aren’t marked)

Skyrim releases on the PS3, Xbox360 and PC on November 11. Make sure you’ve done all your November socialising before that date, as you likely won’t have much time for it once the game releases. And tell your friends that if they schedule social events around that date when they’re aware that Skyrim is releasing that they aren’t true friends at all.