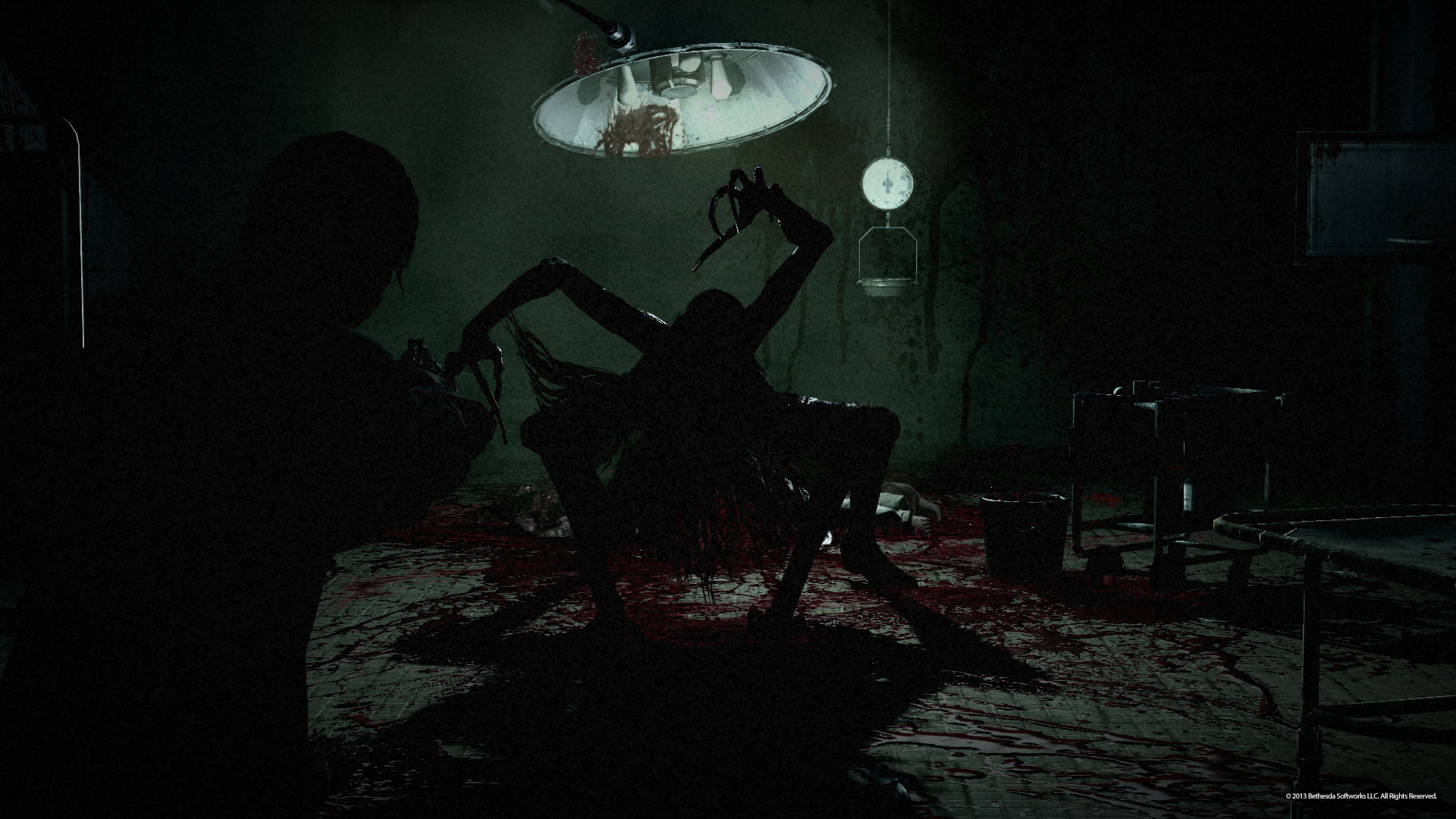 It’s hard to believe it’s now less than two weeks since game-lovers at EB Expo were able to evacuate their bowels in a miniature version of a maze based on Bethesda’s new title, The Evil Within, but with the game due to hit stores any second now, the nightmares are coming back.

Thanks to Bethesda and Bethsoft Australia, everyone in attendance over the expo (myself included) had a chance to turn a calm, saturday afternoon into a moment of dread and panic. Before that happened though, there was the maze. Warner Bros Movie World put together a horrible, nasty house-of-horrors experience based upon the game, and ugh, they did a short version of it for EBX. I went in, fully expecting the jump scares and well, they still worked. Knowing they’re just actors, and being face-to-face with them as they move at you – NOPE. THIS is why I can’t play nice things!

After the experience, I thought it best to wait a little while before I jumped into the game proper, so came back later in the day.

The Evil Within is a survival-horror game, developed by Shinji Mikami and Tango Gameworks. It is an affair with tension, even in the safer environments, because they do not really have that ‘homely’ feel one expects from a depraved asylum that seemingly has a consciousness of its own. The motif of the day is macabre, with a side order of Wow, that’s a lot of blood. While the demo was of a much later level in the game, it immediately felt consistent as a place – one that didn’t want me there (the feeling was kind of mutual – but in an I am terrible with tension, but this is cool kind of way).

Visually it’s a good looking game, and most of the characters (beyond the main) seen so far were heavy on the gore – reminiscent of Hellraiser and of course, Mikami’s Resident Evil games. It does have jump-scares, at least in the part I saw, but that’s what you expect – you expect to die of fright. Beyond that it’s through the eerie ambience pervading the levels, the overall art style and general environment that your stress levels are heightened. As with all anxiety, it builds upon itself, in that even when things are not happening but you expect them to, your skin crawls with anticipation.

There were some minor play issues with the game as in the demonstration, mostly around inconsistencies for when context tips were shown and when they wouldn’t, but most of the difficulties surround the type of game that it is. This is not a game that empowers the player, which should trigger that voice that screams “Nope!” when shit goes down. Unlike games such as The Last of Us, which does give the competent player means to face each challenge head on, you will struggle to survive – perhaps even play.

It should probably be assumed that if you have a heart condition or a prone to anxiety, it might be one to miss. For the rest of you adrenaline junkies, have at it. A new trailer, The World Within, was revealed over the weekend – check it out below.

The Evil Within will be released on October 14th in North America and the EU, and October 16th in Australia and New Zealand. For more information, go to the theevilwithin.com.