Fruit Ninja merchandise on the way 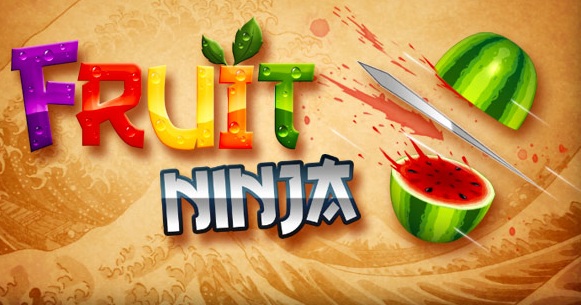 Fruit Ninja merchandise is on its way, and it will be here chop chop! Ok…so that was a bad opening joke, but who doesn’t love game related merchandise?! Half Brick has announced that a veritable feast of themed merchandise will be available for the iPhone, iPad and Android mega hit. The one piece of merchandise that has us most intrigued? The ‘augmented reality apparel’. Of course, this could simply be a spiffy way of saying tshirt, but hey – doesn’t it sound that much cooler? It’s not a tshirt, mum, it’s ‘augmented reality apparel’.

CEO of Halfbrick, Shainiel Deo had this to say regarding the merchandise announcement:

“Since Fruit Ninja is already an international phenomenon, we thought it was crucial to expand the brand’s reach and engage our fruit-slicing fanatics around the world. We have handpicked some of the best consumer product companies in the international marketplace and look forward to unveiling our line-up to old and new fans.”

You see, guys – HalfBrick loves Fruit Ninja fans so much that they want you to be able to spend even more money on official merchandising items!

Also included in the merchandise will be coffee mugs, wallets, mobile phone covers, shoes and plushies.

I’m glad they are making mugs. You really can’t have enough mugs. But what I’d really like to see? Fruit Ninja shot glasses. Make it happen, HalfBrick.