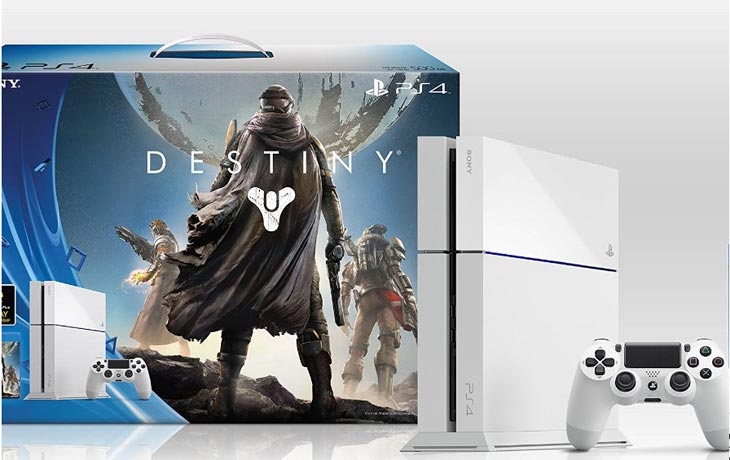 If you were wanting to pick up a PS4 but were turned off by the fact it only came in one colour – today is good news day for you! Sony Computer Entertainment Europe have announced that a new glacier white PS4 bundle is now available to celebrate the release of Destiny.

The glacier white PS4 bundle features the PS4 everyone knows (and Sony would argue loves) with a new white colour scheme, as well as a copy of Destiny. The bundle will set you back $549 AUS and the complete listing of goodies packed into the bundle is as follows:

The bundle will also give players access to gameplay additions that are only available to those who purchase the bundle – including special edition missions, new maps and a larger selection of weapons and ammunition.

The glacier white PS4 is available now, and more info on the bundle can be found on Sony’s official website.