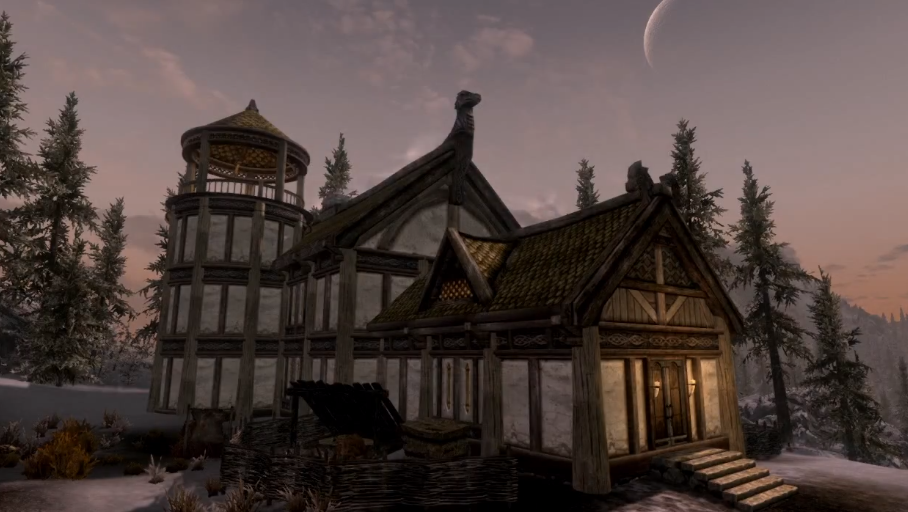 While playing Skyrim, have you ever caught yourself complaining to nobody in particular that there isn’t a domicile in all of Tamriel grand enough for your wonderful spouse?  No?  Well, it can’t just be me.  Because Bethesda is prepping a new DLC which will let you, among other things, construct your own home.  Read on for all the details, plus a nifty little trailer.

Announced on the company’s blog, the new DLC pack is entitled Hearthfire, and it looks to bring some of the magic of the PC Creation Kit to consoles.  The add-on will allow players to buy land, design and construct their own houses, and fill them with everything from alchemy tables to adopted children.  No, really.  You can adopt kids.  And play games with them.  And tell them to do their chores.  And continually insist that there is no damn need for a seven year old to have their own iPhone.  Or maybe it’s just the games and chores.  In any case, it looks like these homes can be much more than trophy cases.  Although there will be plenty of room for those as well.  Check out the trailer below.

Just when you thought it was safe to put your Skyrim disk away for awhile, am I right?  Hearthfire will be available on Xbox Live starting on September 4th, and will cost 400 Microsoft points.  While there is no PS3 or PC versions yet, much like Dawnguard, I have to assume it’s just a matter of time.