Originally announced back at this year’s E3, we’ve heard relatively little about Halo Nightfall since.  That all changed today at the San Diego Comic Con, as 343 Industries was on hand to show off the first official footage from the series.  Read on to check it out for yourself.

The first trailer for Halo Nightfall was unveiled earlier today at SDCC.  Spanning the time between Halo 4 and Halo 5: Guardians, Nightfall tells the story Jameson Locke, a character who will play a pivotal role in the next Halo game.  Locke. a legendary manhunter working for the Office of Naval Intelligence, is caught along with his team in a terrorist attack on the distant colony world of Sedra.  Locke is forced to work with the Sedran commander, who has a deep seeded mistrust ONI, and the UNSC in general.  Together, they are drawn to what 343 describes as an “ancient, hellish artifact” where they’re forced to fight for their survival, and decide between their lives and their loyalties.  Check out the trailer below.

So I’m guessing that burning hulk of a Halo ring is the ancient hellish artifact? Halo Nightfall stars Mike Colter and Jameson Locke, and is being produced by Ridley Scott, who knows a thing or two about science fiction. The five part series will premiere this November to coincide with the launch of the Master Chief Collection on Xbox One. 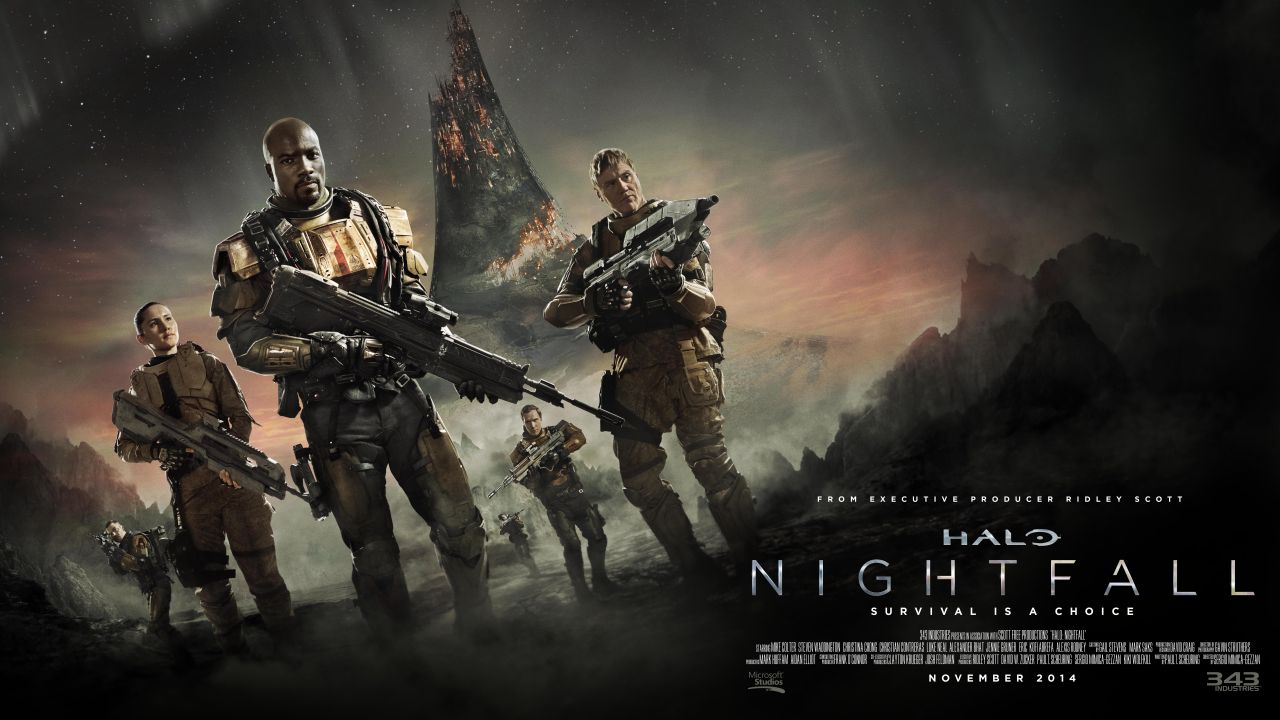