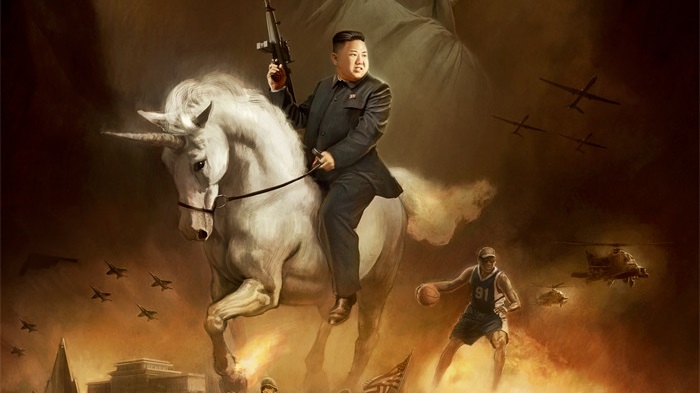 Glorious Leader!, a satirical 2D run’n’gun that was set to let players control North Korea’s Kim Jong Un, has had its Kickstarter campaign cancelled after the developers were hacked.

The developers, Moneyhorse, said that they have been targeted several times due to the game’s content and received various threats, and so ‘aim to reevaluate’ their commitment to the project.

They said, “As many of you know, over the holidays we were victims of a hack inspired by the attack on Sony. The hackers destroyed data pertaining to Glorious Leader! and other projects we had in development and locked us out of our own computers and [website].”

Moneyhorse also admitted that they made mistakes regarding pledge levels and rewards, and the game may not have succeeded with only $16,816 raised of its $55,000 goal.

They added, “We thank our fans and supporters, and we are sorry to let you down.”