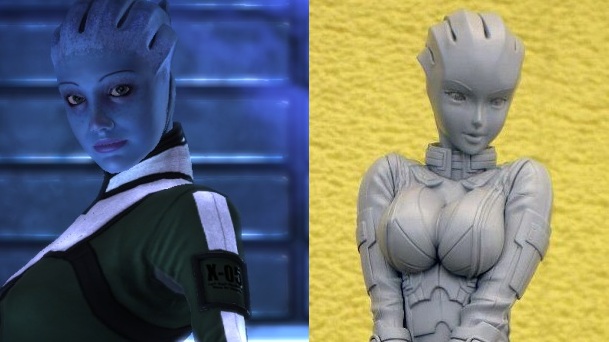 In what seems to be a trend for Bioware, fans of the Mass Effect series have been angered by a reveal of an ultra anime-stylized Liara statue, commissioned by Bioware from Kotobukiya’s Bishoujo style of statues. Posting new photos on their facebook page, Bioware asked for fans opinions – and likely didn’t expect the response. Currently with over 2,200 responses, the majority of comments have blasted the figurine, criticising the fact it looks nothing like her – from her facial expression to her pose to her massively enhanced breasts.

Respondents have asked Bioware to go back to the drawing board, and many have stated they will not even consider buying the statue. To check out all the comments yourself, head on over to Mass Effect 2’s facebook page. And let us know what you think of the statue either in the comments below, or in our forums.