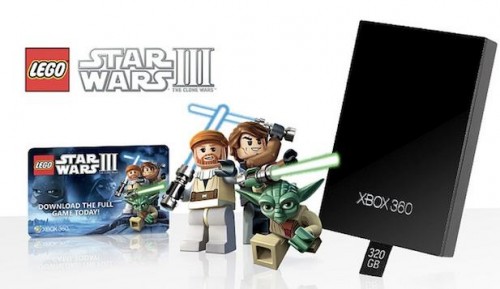 Are you finding yourself scrounging around for hard-drive space on your current Xbox360 Slim model? Well today is your lucky day, with Microsoft announcing they will be selling separate 320GB hard-drives. The hard-drives will be compatible with all Xbox 360 Slim models and will be available from retailers worldwide. It will set you back $129.99 and in addition to getting a swanky new hard-drive, you’ll also receive a download voucher for Lego Star Wars III: The Clone Wars.

Note, however, that the download code for the game will not be bundled with the HDD in Japan, Slovakia, Saudi Arabia or the UAE. Sorry guys. Guess the Force isn’t with you on this one.