If you’ve been waiting to buy an Xbox 360, man, have I got good news for you.  As part of their presentation at the San Diego Comic-Con this past weekend, Halo 4 developer 343 Inudustries unveiled a limited edition Halo 4 themed Xbox 360 console that will launch along with the game.  Read on to take a look at the uhhhh… thought provoking design they decided on. 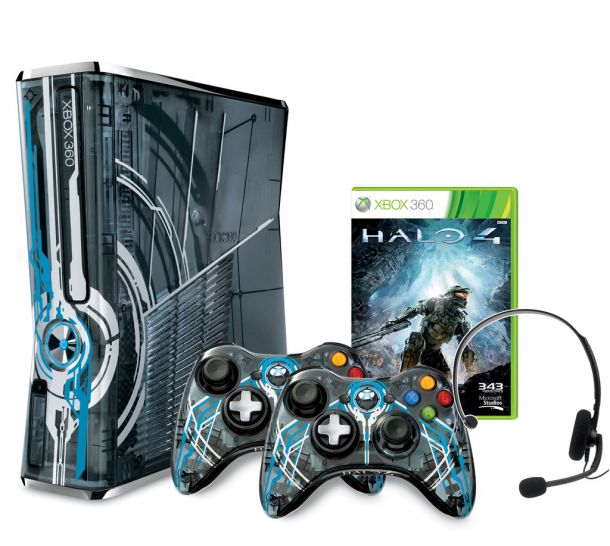 Yeah, soooo… interesting design choices there.  Quite a bold artistic statement.  More on that later.  For now, let’s cover what’s so special about this special edition console, besides the unique graphical stylings.  The console comes with a whopping 320gb hard drive, which you’re gonna need for all of the post-release downloadable content 343 has planned.  As you can see, it also comes with two wireless controllers which share a similar design to the console.  Also included is a wired headset, which is unfortunately (or fortunately) just plain old black.  Rounding out the package are codes to download special in-game and avatar items from the Xbox Live Marketplace, and the standard edition Halo 4 game.  Quite a hefty haul, I must say.  But I know what you’re asking…. “how much is this gonna set me back?”  The answer is $400.  Cash only.  OK, not really cash only.  But it really is $400, which really isn’t all that bad when you consider that the 250gb Xbox 360 sells for $300, and is lacking the second controller, game, and totally radical paint scheme.

Now… about that paint scheme.  Yikes.  I don’t like it.  According to the official 343 Industies blog, the design is “inspired by the game,” but I fail to see how.  Granted, we’ve seen relatively little of the game thus far, so maybe its inspiration will become clearer as we get closer to launch.  And I admit that the blue lights on the console and controllers are pretty sweet, but when I look at that console, I do not think “Halo.”

One thing that does make me think Halo, however, is the limited edition controller that will be available separately from the console bundle.  Take a look. 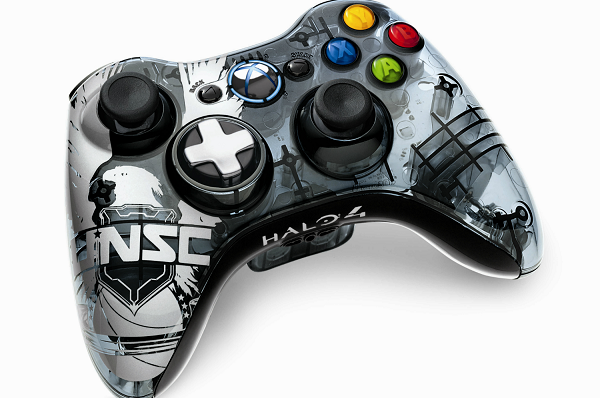 Now this thing rocks.  It would’ve looked better in classic Halo green, but everything else about this controller is friggin cool.  The UNSC insignia, the Halo 4 brand, the blue lights… slick.  I’m buying one.  It will retail for $60 and be available by October 21.

Uncertainty about the design choice aside, it’s reassuring to see Microsoft putting together a quality Halo 4 bundle at a pretty decent price.  As the start of a brand new trilogy, and a not-so-subtle attempt to knock Call of Duty of the FPS throne, this bundle will surely help Halo 4 make a big splash when it launches this November 6th.

Oh, and I’m not the only one who isn’t so psyched about the console’s design.  Take a look at what Bioware designer Manveer Heir had to say about it.