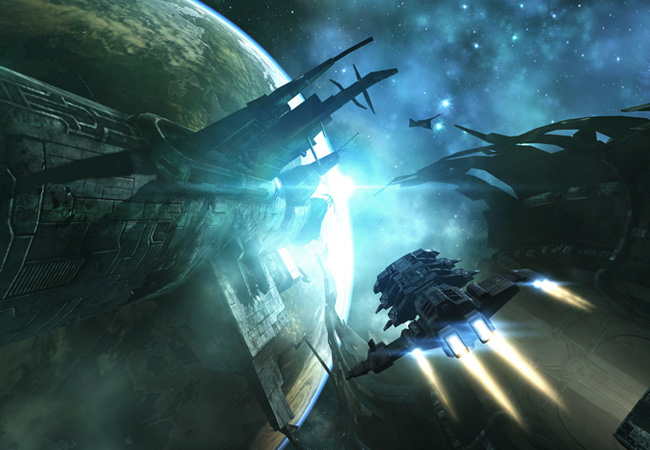 Another day, another CGI-themed trailer release, this time for space-faring MMO EVE Online. Targeted at those new to the game, the trailer puts viewers into the boots of a pilot in the vast world of the EVE Online universe (or is that galaxy?), providing them with a glimpse into what awaits them.

It’s an interesting introduction and marketing strategy, and does a good job at teasing what is an extremely large universe and game world. Provided at the end of the video is an additional link to ‘Pilot Orientation’. Take a look at the new trailer below, and be sure to click on the link to the Pilot Orientation if you would like to know more….no, wait. That’s a line from another sci fi universe. Scratch that.

Do we have any EVE Online players here? I have not had the chance to try it out myself, but I admit it does look rather intriguing. The closest I’ve gotten to a space themed game this vast was X3: Reunion – and I found that experience extremely maddening.