When The Order: 1886 debuted at last year’s E3, most people were rightly impressed.  But in between the oooohs and ahhhs, I bet there were a few people whispering “that can’t really be in engine, can it?”  If a new gameplay video just released by Sony is any indication, it most certainly was.  The new video offers our best look yet at the game’s combat, and you can see it for yourself by reading on.

The video appeared earlier today on the official European PlayStation YouTube page, and offers a full three minutes of gameplay footage.  We’ve seen snippets and clips of the game in action before, but this new video provides our best look yet at The Order’s combat.  The game aims to seamlessly combine third person gunplay with cinematic cutscenes and quick time events, and if the new footage is any indication, the mixture seems to be coming together nicely.

In case this is your first look at The Order: 1886, let me bring you up to speed.  The game is set in an alternate 1886, in which mankind has been at war for hundreds of years with powerful half human, half beast monsters.  Starting with the legendagy King Arthur and the Knights of the Round Table, humankind has been protected by an order of knights who wage an endless war against the monsters.  Aided by an early industrial revolution, and the discovery of Black Water, a mysterious substance that drastically extends life, the knights must not only battle powerful beasts, but also an armed rebellion by the country’s poor against the aristocratic upper classes.  The gameplay video focuses on this rebellion, and you can watch it below.

Developed by Ready at Dawn exclusively for the PS4, The Order: 1886 is due to be released sometime this year. 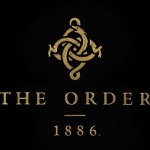 The plot thickens in a new trailer for The Order: 1886 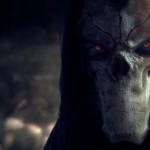