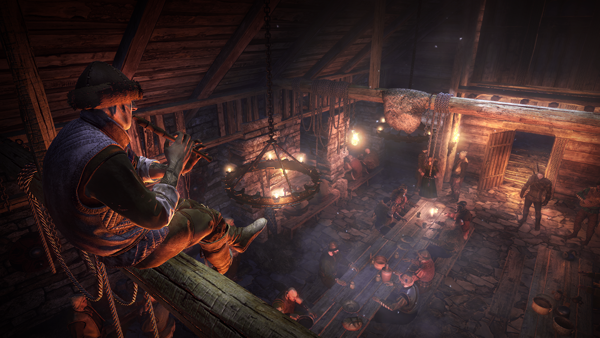 Whew!  There’s a lot of news coming out of E3 today.  Xbox just recently wrapped up their game heavy, answers light press conference and we saw a lot of trailers and interesting things.  We’ll have more on that in a bit, but by far, my favorite thing that came out of this was the gameplay trailer for The Witcher 3: Wild Hunt on the Xbox One.

We here at Save Game has a special affinity for the White Wolf, Geralt of Rivia and it was good to see him back in action.  The third part of the installment promises to be one of the most spectacular, RPG redefining games ever made, and while normally I might be skeptical of such a claim I feel like if anyone is gonna pull it off it’s CD Projekt RED.

During the press conference we learned that there are over 100 hours of gameplay in this vast, open world, and that we’ll be able to use Xbox SmartGlass for things like inventory and menus and such.  But enough about that.  Get some tissues and prepare for the inevitable nose bleed.

Is your nose bleeding?  Did you see how pretty that was?  Did you notice the Geralt was possibly wearing the tightest pants in the known universe? (Tash will be pleased).  You guys, mermaids!  Oh and there’s also this video.  I need to lie down.