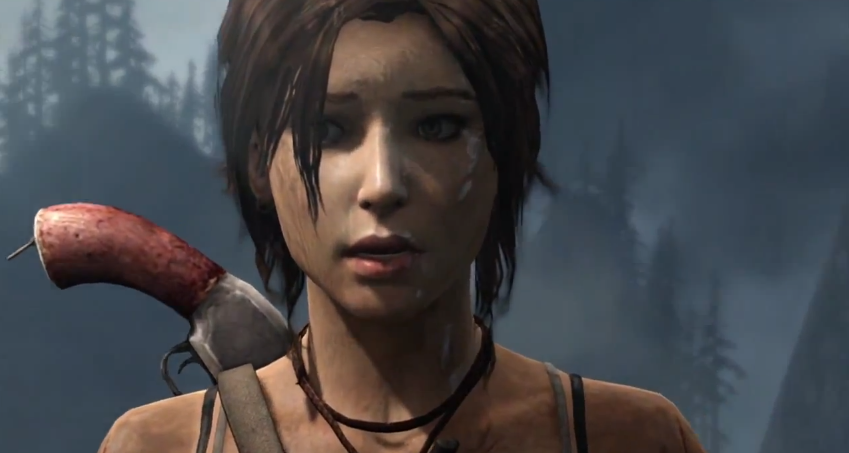 The release of Tomb Raider is fast approaching.  To get fans ready, Crystal Dynamics has released a lengthy new gameplay video, featuring developer commentary along with lots of brand new footage.  Read on for details, and to see it for yourself.

Entitled “Monastery Escape,” the video was posted to the official Tomb Raider YouTube page earlier today, and runs close to twelve minutes.  In between the title cards and ubiquitous post-footage advertisements, you’re still looking at over ten minutes of gameplay.  Brutal, visceral, stunning, brutal gameplay.  Did I mention it’s brutal?  The video features Lara in various states of distress, including a horrifyingly graphic death scene.  So it you’re squeamish, you might want to skip this one.  To everyone else, check out the Monastery Escape video below.

See what I mean about brutal?  I think Lara took more punishment in that 10 minute clip than she did in all her previous games combined.  And how about that branch through the throat, huh?  That looked like a particularly painful way to go.  Lara’s desperate attempt to pull the limb from her wind pipe before succumbing was a nice touch. Yikes.  I guess I shouldn’t be shocked by the graphic death animations.  After all, I probably watched the PS1 version of Lara crumple into a pile of broken bones a thousand times.  It’s just so much more… real now.

Anyway, how about that upside down section?  That took me by surprise.  The gameplay sure does seem polished and varied.  The extra time Crystal Dynamics has taken to finish this title looks like it might have paid off.  We’ll all find out for sure when the game is released on March 5th.