The Witcher is coming to tabletops and tablets

Who among us hasn’t wished they could lay Geralt or Triss Merigold down on a table and play with them?  Well, that dream will soon come true, as CD Projekt Red has announced a new tabletop adventure game based on their Witcher franchise.  Why does everyone look so disappointed?  Read on and check it out.  It’ll be cool, trust me.

Announced earlier today on the official Witcher website, the new tabletop adventure game is being called… well, The Witcher Adventure Game.  What else would be called, really?  Geralt’s Tabletop Sextravaganza might’ve gotten more headlines, but probably would’ve led to a rather high number of returns.  The Witcher Adventure Game has been designed by none other than Ignacy Trzewiczek, who is apparently a big deal is tabletop circles, and he has crafted a game that will appeal to both veterans and newcomers to the Witcher universe.  Featuring four playable characters, Geralt, Triss Merigold, Yarpen Zigrin, and Dandelion, the game supports many different styles of play, and is designed with replayability in mind.  During one playthrough, you might choose Dandelion’s cunning and diplomacy, the next you could rely on the sorcery of Triss, then switch to the swordplay of Geralt.  Get the idea?  Alright, it’s time for the trailer.

Versions of the game for iOS and Android tablets are also being developed. So if you have an aversion to physical media, or lack a table with which to play the game on, you won’t have to miss out on the fun. While no release date has been announced, it is apparently “coming soon,” and there is a preorder form available on the website. 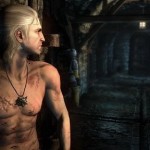 The Witcher 2: Assassins of Kings Xbox360 Do you truly dare trailer 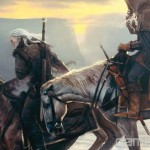 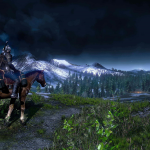