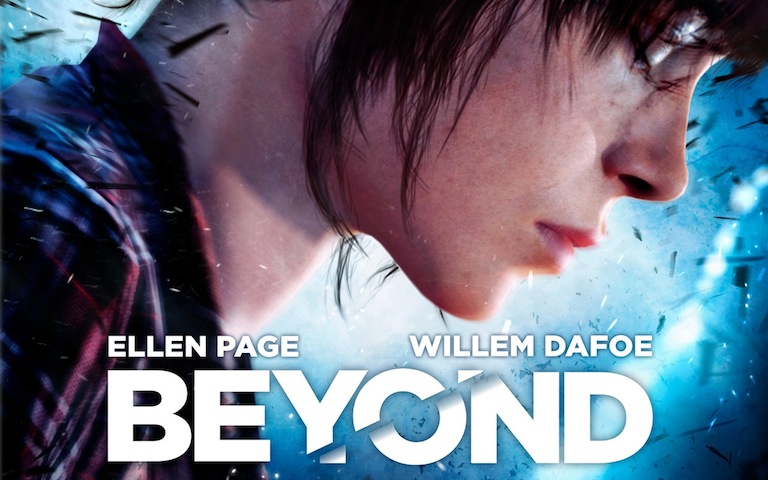 From the first E3 trailer I saw of Beyond: Two Souls I could not wait to have it in my hands and figure out just what was going on. It is an amazing to see developer Quantic Dream take concepts from earlier games Indigo Prophecy (aka Fahrenheit) and Heavy Rain and hone them into something fresh and unique. It is clear that Quantic Dream looked at what didn’t work in Heavy Rain and either fixed or avoided them all together.

For example, the narrative of Heavy Rain was split among 4 characters each with their own character arcs. This caused the storytelling seams to show and also allowed for at least one narrative breaking continuity error. Beyond: Two Souls focuses on one character, Jodie who has an invisible guardian named Aiden that is spiritually tethered to her. The game starts with a prologue speech, and the rest of the chapters fill in the story at different parts of Jodie’s life that leads up to that point. In one chapter Jodie will be a 22 year old homeless girl, and in the next chapter a scared nine year old living with her parents. The rather haphazard story structure serves to Beyond’s advantage by breaking down important times of Jodie’s life into little self-contained stories. On more than one occasion I thought of the Twilight Zone since things could start out normal then suddenly fly off the rails causing me to have Aiden start force choking fools left and right.

I cannot go any further without mentioning what an incredible job the main cast put in. I’ll get to Ellen Page, Willem Dafoe, and Eric Winter in a second, but I need to sit down and be serious when I tell you that Kadeem Hardison kills it as one of Jodie’s researchers/father figures. If you had told me at the beginning of 2013 that Dwayne Wayne was going to put in one of the most touching performances in a video game this year, I would have punched you in the face. Then I’d apologize for punching you as that was kind of an overreaction and…and I just flew off the handle. Let me make it up to you, come on I said I was sorry. Let’s go grab a beer after this. 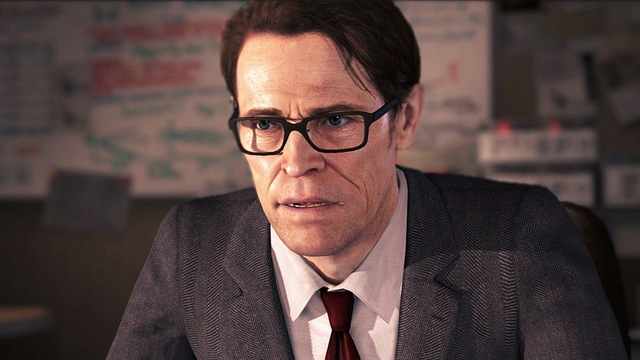 Its not just Hardison dropping hot thespian skills, Dafoe, Winter and the supporting cast leave it all out there on the screen bringing life to these characters even when their character models have an unnatural look on their face. This is especially present on Dafoe’s face as his bottom teeth are always showing no matter what emotion is on display. The standout is Page, who plays Jodie in many eras of her life, from shy teenager to confident adult. This could easily have gone bad and brought the game down, but Page shoulders the burden well, bringing her out as a fleshed out character.

The game has the player controlling either Jodie or Aiden. However the bulk of the game will be controlling Aiden making him Jodie’s silent protector. This is not to imply that Jodie cannot take care of herself. Eventually she gets martial arts training, and from there she will face Dragon’s Lair type quicktime events. If Jodie is throwing a punch to the right of the screen, the action will slow down and you tap the analog stick right. If you’re successful, the fight continues, if you miss, then she will take a little bit of damage. One of my biggest complaints about this game is that these quicktime events are a little ambiguous on what direction it wants you to push. Other times the action is too dark so you are not even sure if you should be attacking or getting out of the way. This could have been remedied by a brightness calibration that seems to be in every other game, but not in this one for some reason.

The game aspires to be greater than what one expects from a video game. Given the scope, it would make sense that some chapters hit, while others miss. Some chapters, especially Jodie’s younger days can only take around 20 minutes while other chapters are more action or puzzle driven that could last over an hour. It seems like some concessions were made to give the player some kind of engagement. For example, Aiden cannot stray too far away from Jodie because of their link but also because it wouldn’t make sense for him to be able to go anywhere. Aiden will rack up quite the body count aiding Jodie but she will illicit regret for some during cutscenes. Plus if you have a spirit that can possess or choke people, then why isn’t the solution to every problem “Aiden, take over that guy” or “Aiden, choke him out”? Some people cannot be taken over / choked and some situations just require puzzle-logic. It would have been nice to play the story in a less linear way and try and figure out how best to use Jodie and Aiden’s skills to get through an area.

These are minor problems I had with the story, and I accept that my interactive movie of a video game actually has to have some video game in it. At least it didn’t have Heavy Rain’s problem where some elements make zero sense when looked at as a whole story. I have not gone back to make different decisions to see if I can alter the outcome of the story, but I was satisfied with the way my story ended. Beyond: Two Souls is worth the time it takes to play through it at least once. I am not sure about how replayable it is, but it leaves me wanting for the next Quantic Dream release. I give Beyond: Two Souls a very enthusiastic 9/10 for making not just a game, but an experience.

Random Note: Ellen Page is so good in this game that I hate that there is not a mocap academy award.  Sure it would probably go to Andy Serkis, but Ellen Page is the Andy Serkis of video games.  Wait…what do you mean Enslaved: Journey to the West?