Thanks in large part to the spread of smartphones, the mobile gaming market has been experiencing exponential growth. There is a lot of money to be made, and big studios have been cranking out an unprecedented number of games. But with industry juggernauts like Zynga and Popcap dominating the marketplace, is there still room for independent developers to make a name for themselves? A plucky little game called UPSAT wants to answer that question with a resounding “Yes!”


UPSAT, which is an acronym for U Probably Suck At This, is the first game from indie developer Midnight Tangent Studios. And when I say indie, I really mean it.   Ryan Michaels and Chris Enriquez, two former college roommates, formed Midnight Tangent, and created UPSAT all on their own. Recent graduates of Rensselaer Polytechnic Institute (518 Represent!), Chris handled the programming while Ryan produced the artwork. The two of them kept detailed logs of the game’s development on their blog, and anyone remotely interested in the inner-workings of indie development should definitely give it a look. These two guys obviously love what they do, and it shows in their finished product. 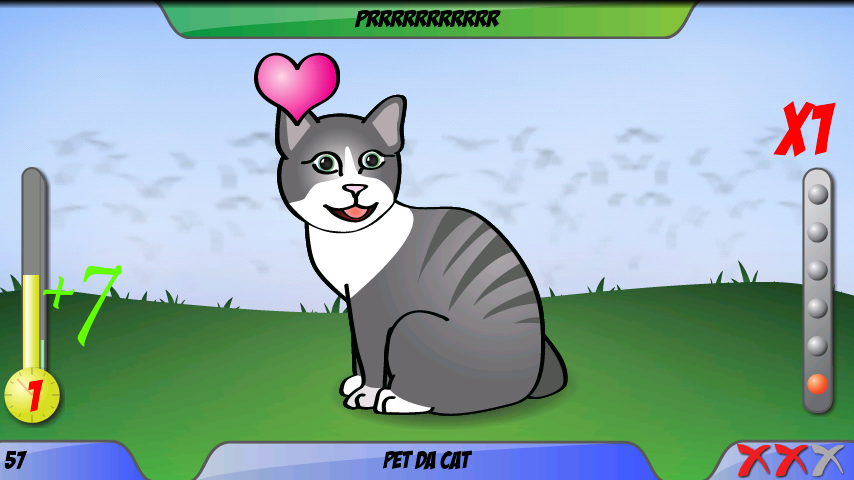 Have you ever played Wario Ware? Did you like it? If you answered yes to both of those questions, stop reading this review and go buy UPSAT right now. No, seriously. Here’s the link. Just go. You’ll thank me later. But if you’re still intent on reading this review, I’ll continue. UPSAT is actually a collection of mico-games, each no more than a few seconds in length. In each micro-game, you’re given a brief instruction, and it’s up to you to figure out the action you need to take, and complete the action before time expires. The actions you need to perform utlize your smartphone’s touch and accelerometer capabilities, and they all fall into a few basic categories. If the micro-game requires you to use the touchscreen, you’ll either be tapping, swiping, or dragging an object on the screen. If the game uses the accelerometer, you’ll have to either shake or tilt your phone to complete the task. Each micro-game will begin with a hint, like in the image above. Swiping your finger across the cat wins the game. Piece of cake, right? Easiest game ever, right? Well…not exactly.
The challenge isn’t completing the micro-game. It’s seeing how many you can get through before time runs out. At first, you’re given a relatively long timer. But each successful completion brings you closer to leveling up, and every time you level up, the pace quickens. This process continues until you reach a point where it’s impossible to complete the task in the time allowed. The fun part is seeing how many micro-games you can get through before that happens. UPSAT doesn’t throw you to the wolves right away, though. Besides a standard training mode, the game has two distinct play styles which allow you to play the game the way you’re most comfortable. Survival mode is the real meat of the game, and the mode in which you’re likely to spend the most time. You’re given three lives and begin at a relatively relaxed pace. Every round you complete without failing raises your multiplier meter, increasing your total score. The second mode, Endurance, is meant for players who are looking for a serious challenge. You’re given one life to see how long you can last on the game’s fastest setting. I managed to get through eight rounds. I dare you to do better. In addition to the various game modes, UPSAT also lets you compete with friends through online leaderboards and achievements. 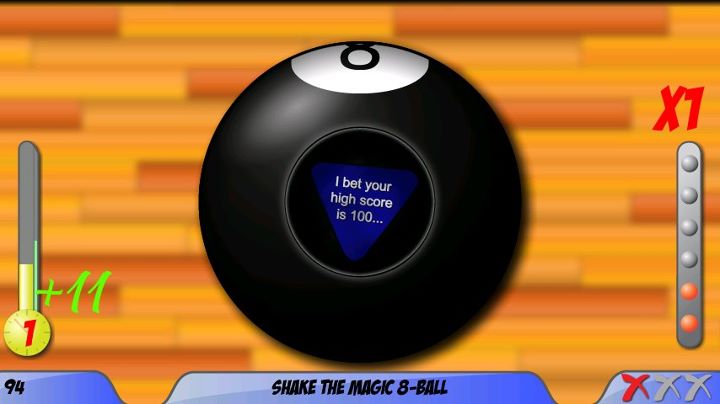 All of this is pulled off pretty well, especially when you consider that the game was made by a two person team. The controls are responsive and precise, which is tremendously important in a game that requires split second reflexes. The art style is bright, clean, and often charming. Little touches like a bright pink heart floating up from the cat bring each little world within the game to life. UPSAT has a snarky, snide sense of humor that pokes fun at your fails while begrudgingly complimenting your wins. It never takes itself too seriously, which helps deflect some of the title’s shortcomings. UPSAT only has a total of sixteen games, which means you’ll likely be playing the same ones multiple times in each round. But this type of game is perfect for expansions, and the developers promise that more micro-games are on the way. Another potential issue is the game’s length. Matches rarely last more than a couple of minutes, and those that do will leave you playing the same games over and over. One other potential issue is the game’s humor. It’s not for everyone, and the taunts might get a little grating after awhile. They did to me, anyway.
For a first game from a two man indie developer, UPSAT is still quite an achievement. It’s a great way to waste a few minutes while standing in line, or if you’re like me, waiting for the TV commercials to be over. The full version of the game is available through the Android Marketplace for $1.00, so even if you end up not liking UPSAT, you can think of the dollar as a donation to indie gaming, and two talented guys whom I believe have a bright future in the industry.
UPSAT: U Probably Suck At This gets a 7/10 from me.