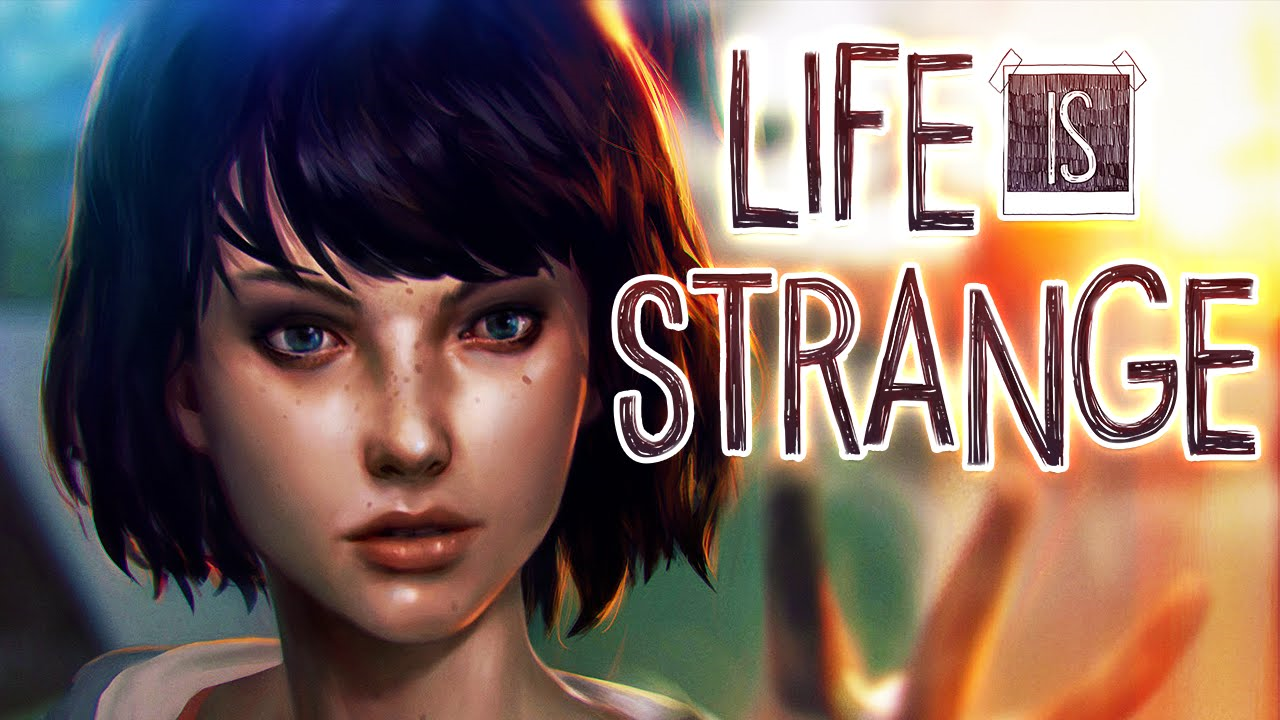 Narratively-driven video games have enjoyed a renaissance in the last couple of years, showing the wider population that the medium can be just as effective as films, TV and books when it comes to storytelling. And it’s not a niche market: everyone from indie developers to AAA studios are releasing games with strong focus on characterisation, immersive narrative and deep exploration of relatable themes. Of course, the flip side to that is not everyone gets it right. However, Life Is Strange, a new episodic game from developer Dontnod Entertainment, gets it very right.

Life Is Strange tells the coming-of-age story of Maxine Caulfield, an 18 year-old photography tragic who returns to her small hometown of Arcadia Bay to study at the prestigious Blackwell Academy photography school. Shortly thereafter – as the title would suggest – things get weird. Max discovers she has the ability to rewind time, reunites with a long lost friend, and starts having visions about the destruction of the town. And that’s just in Episode 1.

There’s plenty to love about Life Is Strange. Visually, it is stylish and memorable: its warm colours, beautifully detailed locales (Dontnod Entertainment have even gone to the trouble of rendering different bulletin board notices, band posters etc. in each location), and unique way of rendering the character models add to the coming-of-age feel of the story. The soundtrack also fits perfectly with the tone of the narrative and the game’s aesthetic with its floaty acoustic guitar loops, wistful atmospherics and tasteful, clever use of licensed indie pop/rock songs.

Then of course there’s the story, wonderfully brought to life by the excellent script and voice acting. Although Max has a super power in that she can rewind time, the game’s narrative has a small, personal scope, which is one of its biggest strengths. Instead of having you out saving the world from evil invaders or something equally grandiose, Life Is Strange will have you dealing with relatable, common themes and issues associated with growing up, like friendship, loneliness, being yourself and finding your place in the world. This more focused, down-to-earth scope for the narrative makes it instantly relatable and the characters feel fleshed-out, unique and most of all, like real people. It’s hard to imagine anyone playing this game and not thinking “I remember my teenage years being like that” at least once.

The script is beautifully written, with lots of witty humour, sweet exchanges and of course teenage slang. However, despite its generally twee tone, it never feels hammy or heavy-handed in its treatment of complex themes that can often be difficult to address in a realistic, truthful way, and there are numerous genuinely moving moments, both positive and negative. The voice acting is also – for the most part – fantastic. A cheesy line or flat delivery here and there might have some players cringing a little, but thankfully these moments are few-and-far-between. 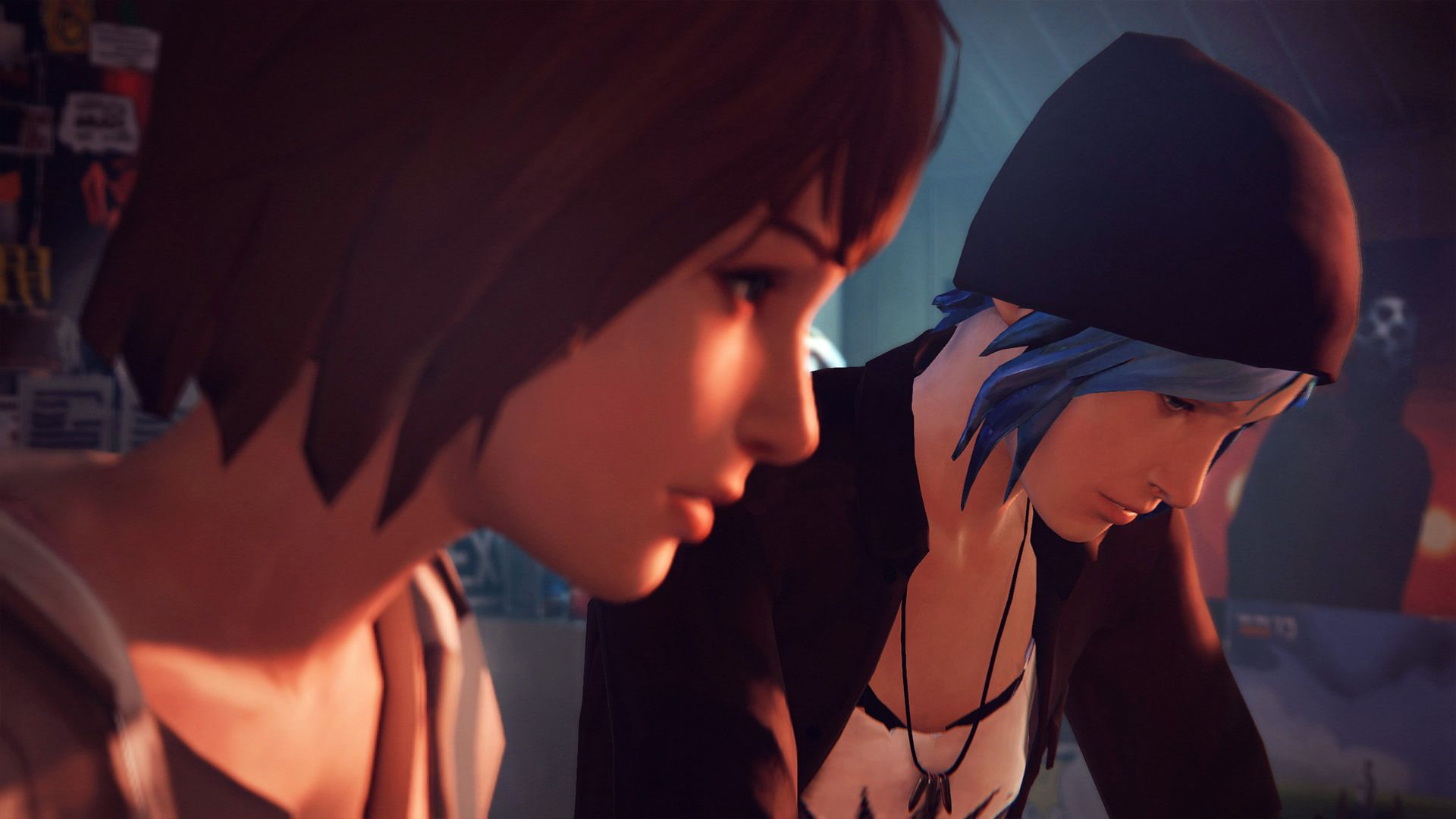 The gameplay in Life Is Strange also excels. Fundamentally a point-and-click adventure title in the vein of The Walking Dead et al., many of the staples of the genre are featured and well-executed, including interactive environments (clicking objects to hear Max’s inner monologue about the world around her etc.), dialogue choices, and decision-making at key branches in the narrative. But where the game sets itself apart from other titles is with its “Rewind” mechanic: at any point, Max can literally go back in time (as far back as the beginning of a checkpoint) and the game will play out again from whenever you choose to stop rewinding. This allows puzzles to be solved with new information learnt in subsequent conversations or interactions, conversations to be done over with different dialogue, and even major decisions to be changed. It can however take a while to get the hang of using Max’s rewind power. For example, some puzzles will take far longer to complete than they should, simply because you’ll find yourself accidentally rewinding too far (or not far enough) and having to start over.

Thankfully, the mechanic isn’t just a shortcut to “win” the game. Life Is Strange does a great job of keeping its cards close to its chest. The immediate outcome of a decision may be unpalatable and lead you to rewind so you can change it, but there is no knowing what the long-term effects – good or bad – of either option may be until much further down the line. Often, no decision or conversation option is objectively “right” and instead what you do will come down to your individual outlook on life, how you choose to play Max etc. This non-prescriptive style of decision making is a nice change from the more obvious “moral choice” mechanics of other games with branching narratives.

Overall, Life Is Strange is off to a phenomenal start. Just one episode in, the game has already established a strong, relatable set of characters, an engaging, well-written narrative, and fun, ingenious gameplay. If it can keep up this level of quality in subsequent episodes, it will no doubt be on many critics’ end-of-year lists.