Strap it on!: Saints Row the Third 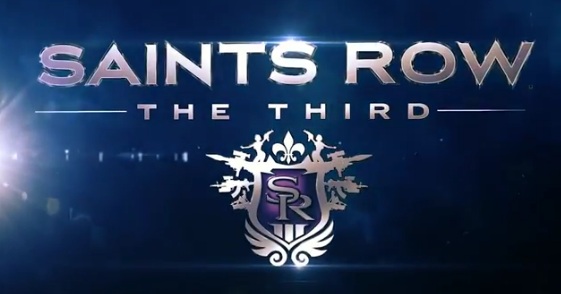 I am a relative newcomer to the Saint’s Row series. For years I mostly heard that it was a mere rip off of the Grand Theft Auto series and due to my relative apathy for GTA, I avoided Saint’s Row. Big mistake. Granted, the first was nothing special and is a rough example of what the Saint’s Row series would become but the second game was a treat in over-the-top hilarious fun. So, I pre-ordered Saint’s Row the Third. And it blew me away.

Anyone familiar with the series would find nothing really new in terms of gameplay in this installment, which isn’t a bad thing at all. Once you play through the introductory sequence of the game and create or download your character, the world opens up and is yours for the pillaging. Character creation is quite deep, from hairstyle to voice to taunts, this game allows for a rather unique character to be created. There are even sexual appeal sliders for both sexes which will increase or decrease the size the still pixelated nakedness of the character. I was all around pleased with the sarcastic slightly muscular femme fetale I created. Though my biggest gripe with the game is that the clothing options are a bit lacking. While I have found several nice outfits and clothes that work with my character, it just seems to be a far more restricted selection available than there was in Saint’s Row 2. It’s not too big of a deal, especially since the DLC schedule is probably packed with so many clothes as to make this a moot point in the end.

Customisation is also available for cribs and vehicles acquired through the game. While again, the crib options seem limited, I spend most of my time terrorising the streets and just don’t spend enough time in the cribs for it to really bother me. And I find the vehicle customisation more than makes up for it. Just as deep with the second game, Saint’s Row the Third allows you to tweak and upgrade basically every vehicle in the game… this mean from the colour to the rims to the style of the hoods and fenders and almost anything you can see on a car. This is further deepened by not only the vehicles actually handling different from other models and makes but the sheer volume of vehicles that you can acquire, with two particular standouts that I’ll simply let you discover and loudly cackle over to yourself.

Combat is mostly the same here, though the differing melee styles of Saint’s Row 2 are gone and instead one style is enforced for all characters. I did not find this a loss as there are many animations available including differing grapple maneuvers that are mini quicktime events as well as hilariously awesome running attacks that more than make up for any loss in individual fighting styles. Weapons control the same, though there is a large variety of devilish weaponry to rain terror on the streets with. Some are more or less realistic, such as the standard pistols and rifles all the way to the more explosive rocket launchers and four types of grenades. But there are those that are so wonderfully absurd that I have become rather attached to those weapons the most… one sadly being a pre-order weapon that many may not have access to; the genki launcher that shoots mind controlling and remote explosive octopuses… yes, you read that right. And not only is the selection quite large but many of the weapons can be upgraded further through the various weapon shops.   There is no shortage of options for inflicting pain and carnage onto the hapless citizens of Steelport.

Of course for all this carnage and endless tinkering you need money. This operates much the same as the other games in the series, tacking quests and miscellaneous activities and possibly bumping into people… cough, I’m innocent I swear… cough. However, one nice feature that was tweaked was the hourly income that is generated by purchasing and winning areas of control. This will grant you increasing amounts of an hourly wage essentially, but unlike Saint’s Row 2 where there was a physical stash you had to withdrawal the money from, here everything can be accessed through the cell phone menu and downloaded directly into the account to use. It’s a nice little tweak that eliminates a lot of travel back and forth to cribs just to grab cash. Also, money can be used for abilities and perks accessed through the phone’s menu. Most will unlock with increasing ranks of respect and then simply require the listed funds to use, but some are also tied to quests and automatically unlocked once the quest is completed. In many ways, these perks further customise not only the character, but the weapons as well.

And luckily, all this customisation is pretty much available from the starting gate and only requires funds to buy. As stated there are several means to raising funds from the main quest to side quests to miscellaneous actions. Outside of the main quest, there is no real direction or correct way to play the game. Saint’s Row has more or less always been open world. Once you get through the first sequence you are free to do as you wish. The world is littered with side quests and miscellaneous objectives and collectibles. Some are old standards such as Escort and Snatch while there are newer additions or tweaks to some old standards such as the Genki Obstacle Courses, Guardian Angel, and Tank Mayhem. There are difficulty levels for each activity and multiple instances that are unlocked as you complete the side quests. For each completion you earn money and respect. And even if you finish them all, you can replay any of them, though rewards will be locked to cash only at that point. Outside of marked objectives there are random things you can choose to do or even simply experience.   You can chose to streak or flash innocent bystanders, randomly starts fights, take calls that turn into mini quests, or even simply watch as something as simple as cops pulled over for an accident or routine traffic stop. This caught me personally off guard to see but pleasantly surprised me as it brings a sense of life to the world. Not only is there more than enough to do in the game, but it feels more alive and vibrant with some of the random events that just happen. 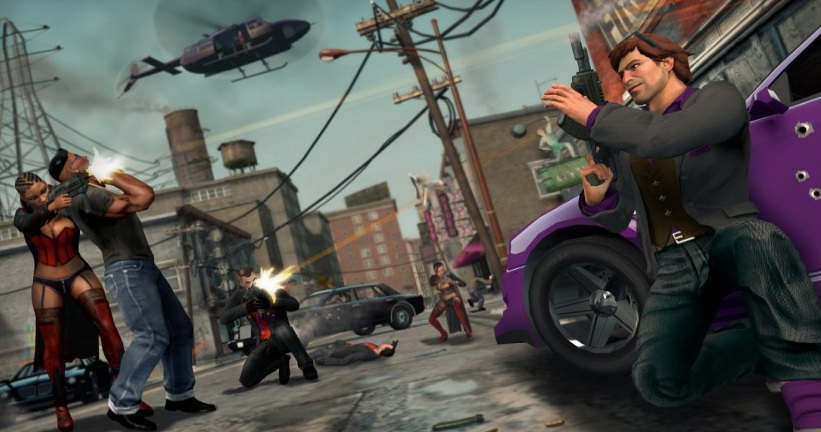 Then there is the multiplayer… this is basically unchanged from before but you can’t talk about Saint’s Row and not applaud the cooperative mode available. It is still only two players, but I have little issue with that personally considering two people is more than enough to cause chaos and destruction on such a massive scale that any more might make the game melt in its tray. And it is simple to use: start a game, invite a friend, and that friend can load a character into your campaign. In fact, the co-op is so seamless and works so smoothly that I rarely ever play alone. Granted, most of the glitches in the game popped up in cooperative games for me, but they were very minor and did nothing to impede my progress or halt the destruction I was causing. In fact, I am rather surprised at the lack of problems I have had from a technical standpoint considering that my screen has been littered with dozens of burning cars, bodies, and screaming people as my friend and I obliterated the town. With as much that has happened at once I would have figured a cascade of little glitches, lag, or even crashes. But I have hardly run into any. And really, despite increased possibility of minor glitches it is so much more fun to tag along with a friend to destroy the Deckers or steal some hoes… especially since many of the missions just seem to work more fluidly with two people rather than one. Of course it doesn’t hurt being able to laugh with another person when a ho decides to suddenly beat you over the head with a big purple dildo! Or even for just driving by at a routine traffic stop that will randomly occur and razzing everyone there just for giggles.

But surprisingly, there is more to multiplayer than just the simple co-op mode. There is the brand new “Whored Mode.” And yes, it is as absurd as it sounds! This mode can be played single player, but the charm isn’t as appealing as when there are two of you to revel in the chaotic absurdity of surviving wave after wave of ridiculous enemies. Sadly, this new mode doesn’t support the unique characters created for the main campaign and instead only allows a small choice of pre-determined characters.   These characters are decent and fit the absurdity of the whole game, but I would have really loved being able to dress my character up personally and let her loose on the waves of enemies.  All in all, it is a nice addition that might grow to be something more insane with the next installment.

But all this is simply icing on the grand cake of Saint’s Row… the beautifully insane, over-the-top absurdity that is the story. The introductory sequence is a good indication of what the rest of the story has to offer with the silly banter, absurd set up, and crazy violent confrontations. And it only continues to build through the game. There are several stand out moments in the story that perfectly capture the essence of pure absurd enjoyment… from the wacky wrestling angle to a cyber sequence emulating Tron to the epic scaffold run with my trusty octopus launcher while “Holding out for a Hero” blasts above it all. Throw in numerous references to many other games and movies and there is no question this game is unafraid to just mash the insanely fun button till it explodes. To top it all off, there are several areas where you are actually given choices that will slightly alter the game. It is nothing too drastic, save for one, but it is a nice little addition that adds even more replay value into a title that is already bursting with so much attitude and awesomeness that you can’t help but replay it.

Saint’s Row the Third could have rested on its laurels and simply left the dial for absurdity firmly on ten but… damn it… these go to eleven! And for that alone I would have given this game high marks. But you take that amazingly fun story, add layers of customisation and a large variety of options and mix it with the ability to wreak havoc on Steelport with a friend and that is one damn good game. While there are some minor issues such as clothing limitations and a few glitches from time to time, Saint’s Row the Third is easily one of the best games this year.