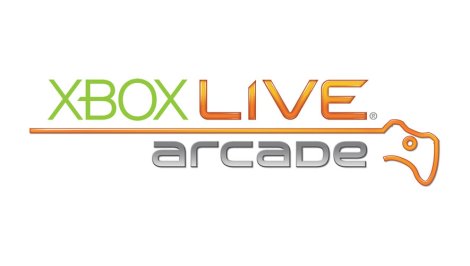 If you find yourself on Sunday, sitting on your couch, pondering why you just don’t feel motivated enough to take out your latest blockbuster game hit and immerse yourself – you’re probably hungover.  And you probably haven’t showered either.  And you may have even avoided a phone call from your mother because you’re feeling anti-social.  Perhaps your brain requires little more than remedial stimulation.  So take off those pants, grab your Hot Pocket and slouch like a champion because here are ten games that cost only $1 on Xbox Live and they are surprisingly dopamine inducing.

Onager!  Scratch that Angry Birds itch with this clever and delightful little physics based catapult game where the goal is simple:  Eliminate the little purple monsters by throwing things at them.  The graphics are crap, but the very real and very complex physics are fascinating.  I’m sure there’s more of an explanation about the sciency stuff somewhere, but I can’t be bothered with that, which is why I wanted to play this game in the first place.

Miner Dig Deep This is a game not too unlike Dig Dug, but much more relaxing.  The soothing music is what really caught my attention.  Your little miner is a hard worker and he is, in fact, digging very deep.  So deep in fact that by the time you reach the lower depths of the levels it takes nearly ten minutes to ride the teeny elevators to the top of the mine shaft.  No fast travel here.  There are virtually no upgrades, classes or special moves but the repetitive mining process is calming.  It is the haiku of video games.  Simple, yet beautiful.

Headshot and Headshot II  This game is what you see and what you get.  Shoot the cardboard cutouts in the head.  The mechanic is the kind of thing anyone can play, with levels getting progressively more challenging.  I would say that this is really the only real game Silver Dollar Games has ever made.  I mean these are the same people who are responsible for Try Not  to Fart, which gets an honorable mention only because it has the word “fart” in the title and I’m an 8th grader apparently.

I MAED A GAM3 W1TH Z0MB1ES!!!1  This one might be my favorite of the bunch.  It’s an overhead shooter with swarms of zombies and various weapons you can use to destroy them.  The levels consist of nothing more than different kinds of flashing colors and a kind of LSD laden reality complete with vector graphics.  I’m pretty sure what really won me over for this game was the theme song being sung by the creator during gameplay.

Soulcaster  Soulcaster is the indie frankensteinian approximation of both The Legend of Zelda and some kind of tower defense game.  It’s an overhead point of view and oh look!  Your little soulcaster is going into battle.  Well he’s not alone.  He has three godlike avatars he can set at strategic places that will very entertainly defend him.  Very cute.

Sketchy Tower Defense  This game looks like something a 6th grader scribbled on a notebook and is just as imaginative and cute.  It’s a typical tower defense type of game but surprisingly difficult.  Upgrades are extremely difficult to come by.   I had to repeat each level maybe ten times before getting the hang of it and figuring it out.  That’s saying something for me, a person who hates to repeat anything in video games.  Another quirky little thing adding to the charm of this game? All sound effects are done by voice.

Dark Delve If you can overlook the terrible artwork and almost immediate typos like  “Life moves at an ironically fast place in the town of New Restingford” (first line of game), then maybe you can play this game.  The avatars are so unrelentingly ugly they make the people in Oblivion look like Danish models.  I’m pretty sure the battle music was ripped directly from a Final Fantasy game as is the turn based attack system, but the first person point of view dungeon travel is kind of neat.   Loot very very light and boss battles are frustrating but it’s well worth the dollar and maybe even more.

Dead Pixels  I’m in love with this one and not just because the hero kind of looks like Mega Man.  You get to shoot zombies while trying to reach some other survivors in the middle of a city.  Who doesn’t love shooting zombies?  The music is amazing and everything this kind of game should be.  That’s my favorite part.  It feels like an old arcade or NES game with urgent, dramatic battle tunes.  There are stores in the game which carry supplies but once you clean them out your little guy paints a big red X on the door to let other people know he’s scraped it clean.  Nice bit of surprising zombie lore there.

Cursed Loot  I’ve already made my feelings about Cursed Loot known, but it won’t hurt to reiterate what a fun and charming bit of gaming nostalgia this little dungeon crawler seems to be.

Aban Hawkins and the 1,000 spikes  This game is nearly impossible to play.  It reminds me of the days before save points and when I used to throw my controller at things, which I totally don’t do now because I’m an adult (yes that’s it).  The graphics are simple but very dense and all the levels look pretty similar.  But this guy looks like Indiana Jones so…win?

I suppose I should point out that if you were born any time after 1990 you should feel free to ignore this article as you simply won’t understand.  You kids today with your graphics and your save points and your passable art design probably would play most of these and think the suck factor was pretty high.  You would be wrong, but you might think that.  Give these titles a try on a Sunday afternoon after you’ve finished Gears of War 3.   Or if it’s Saturday night and you’ve come home slightly inebriated, I recommend  Techno Kitten Adventure simply because, well, it’s a techno kitten on an adventure.