I never played X-com: UFO Defense so when I picked up XCOM: Enemy Unknown I didn’t quite know what to expect. What I got was an amazing mix of turn based strategy, resource management and a series of lose-lose scenarios. For months I had been looking for a tactical game to sink my teeth into and despite a few bugs and odd design choices, XCOM proved to be exactly what I wanted.

Aliens have just invaded earth, prompting the foundation of the XCOM project, a multinational alien defense group. In Enemy Unknown, you’re placed in charge of this project, running the day to day operations, maintaining political alliances, finances, recruiting and construction of the XCOM base.   XCOM is funded by 16 countries in exchange for defense from XCOM should the aliens start tearing up their back yard, so keeping them happy is the key to the big picture.   Almost as if they know this, the aliens will attack three countries simultaneously, and the two countries you don’t help will be one step closer to taking their ball and going home, leaving XCOM with one less source of income or resources. Satellites will provide temporary piece of mind, but you will be making tough choices like “Do I protect Nigeria and their money from fleeing royalty or do I save Australia so I can get a soldier I can rename Mick ‘Crocodile’ Dundee?” Like I said…tough choices.

These lose-lose scenarios don’t end at the world’s stage. Most of your time in XCOM will be commanding a squad of up to six soldiers in battle. Once they get a few alien kills under their belt, your rookie soldiers will evolve, like human pokemon, into one of four soldier classes.   Each class brings with them unique talents and weapon types so it pays to bring at least one of each on a mission. Each soldier has a skill progression that can drastically change how you use them. For example, do you want your support to heal more per medkit or do you want them to suppress an enemy to keep them in one position? Choose wisely according to your playstyle, but don’t worry if they die you’ll pick better for the next soldier you put through the grinder. 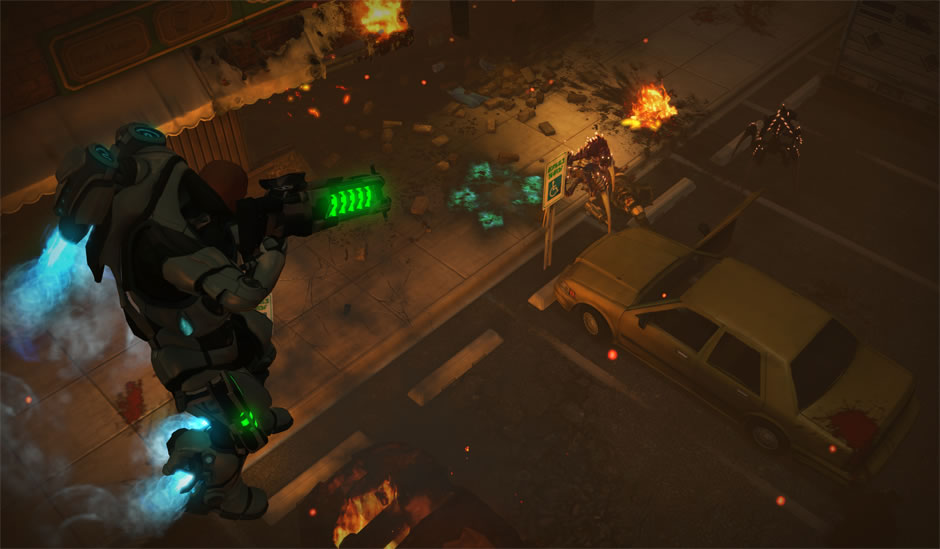 XCOM’s most brutal attribute deals with the idea of permanent death. If a soldier falls in battle, no matter how much time and work you’ve put into them, they’re dead. You could have a sniper that clears out the battlefield from his jetpack, but if he hovers in the wrong spot, you will have one more name on your memorial wall. Just to twist the knife a little more, you can freely name any soldier. Sloppiness in my tactics led to aliens wiping out half of the Starks, my brother in law, and a couple of childhood friends.   By the time I finished my first playthrough I had the only surviving member of Community’s study group, a heavyweight, and Simon Phoenix from Demolition Man.   The devastating loss from KIA teammates makes combat in XCOM as tense as turn based strategy gets. If you keep your group too close, then a single alien grenade will ruin your day, but if they’re spread too far out, your soldier can find themselves walking into an ambush. There will be several times that aliens will appear out of the fog of war, making you instinctively whisper the most personal of curses to yourself as you know there will be a few more names on the wall by the end of the alien’s next turn. 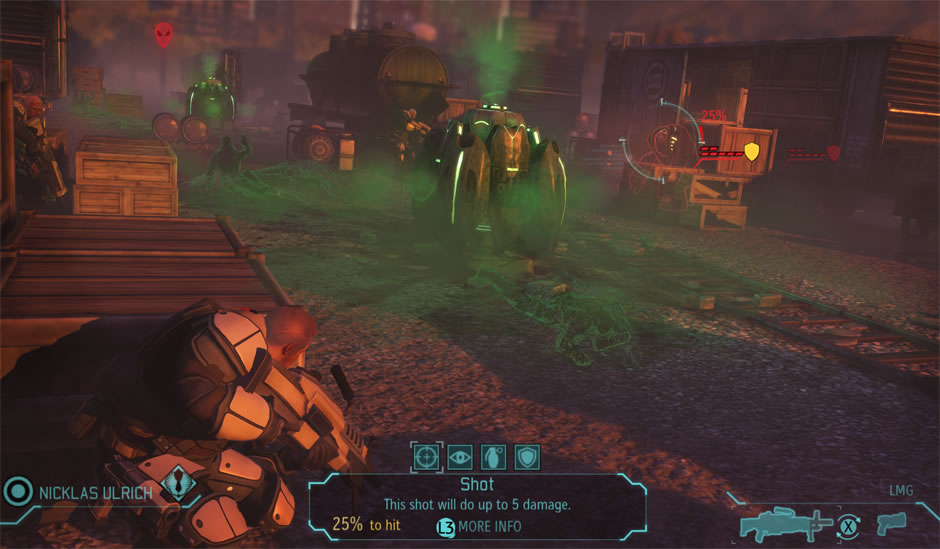 If you survive a battle, you collect the spoils of war. Like a xenophobic Santa Claus you’ll pass out alien corpses and weapon parts to the good little scientists and engineers while selling broken alien equipment to the gray market for the couple of extra dollars that could mean the difference between success and failure of the XCOM program. Firaxis did a great job of balancing the different resources you’ll need to get bigger and better weapons. Invest in your research team and they will not fail you. Soon your soldiers will be flying into battle with jetpacks or invisible armor, blasting away at aliens with their own technology while robots, yes robots swoop down and rain plasma death on psychic aliens feebly trying to mind control their cold, mechanical hearts (I really liked the robots in this game).   You will eventually gain access to capture aliens live, leading to the alien interrogations, in my opinion the best cutscenes in the game.   The story plays out in different objectives you need to complete in battle, and with only four characters (the shadowy, almost Evangelion-like Boss, the XCOM secretary, the semi-sadistic scientist, and the old man engineer who frowns upon humanity’s advancements through alien technology), there isn’t much to go by as far as story beats. The urgency of the alien invasion is the story and Firaxis keeps that urgency front and center. 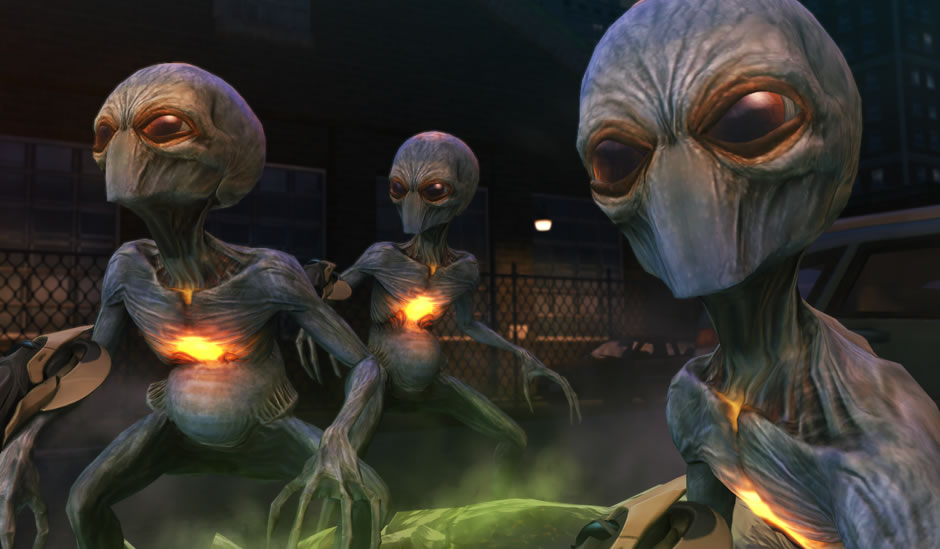 As much praise as I heap upon this game, there are some frustrating bits that can’t be ignored. The cursor and destructible environment don’t lend itself well to the multilayered battlefield, causing soldiers to be left out unprotected because you couldn’t tell the line of sight. It also gets especially confusing trying to reach lost civilians before they are killed by aliens. Also inventory management is a pain, especially when you forget to remove the equipment from someone in the psi-labs, forcing you to wait 10 days before you get your awesome gun back.   Or if you want to switch someone out to try and get more experience, you’ll end up having to go through and un-equip one soldier’s four inventory slots and equip the four slots in your new soldier.   I also had an issue where enemies would just appear in the middle of your group, causing massacre and a curse-laden reload of the fight. However, in the middle of playing a patch was deployed and I no longer saw this, so maybe it has been fixed.

All in all, I loved this game. The slow and methodical pace will not be for everyone. If you stick with it, and learn how to fight the way the game wants you to fight, you’ll find a very rewarding game. Firaxis definitely has my support for the XCOM program.