The abuse culture in the gaming world 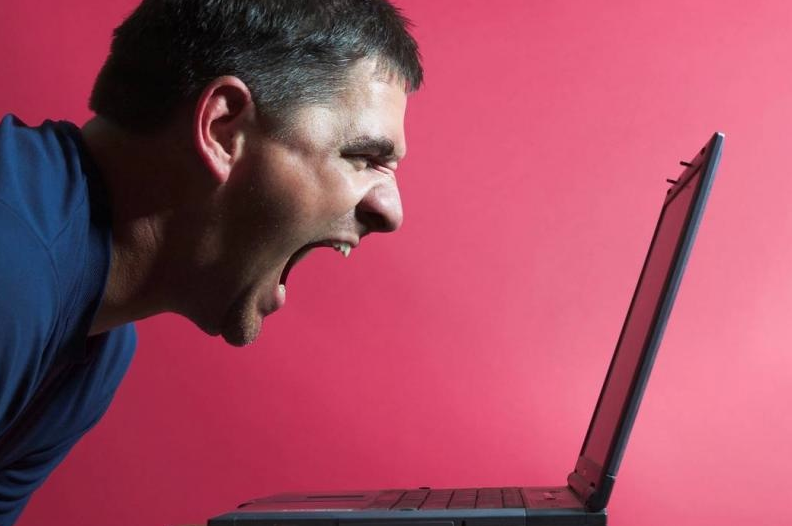 I remember a time long ago, when I was no more than 8 years old, my parents bought me my first gaming console – the Nintendo Entertainment System. I had a number of games on the little square brick that I both loved (The Legend of Zelda) and hated (the insanely difficult Teenage Mutant Ninja Turtles). I was not shy about telling all of my friends in the school playground how hard and bad TMNT was. This schoolyard talk was the only option open to me then, as there were no forums or social media sites to complain about a game on. This was the late 80s. The internet was still in its infancy. Fast forward to today.

Our society now has access to the internet on computers, consoles, tablets and smart phones. There is an ever expanding list of social media sites, forums and websites on which we can put forward our own opinions and comments. Unfortunately, since anyone can post on these sites, and in the majority of cases can post their comments anonymously, we now have keyboard warriors – ordinary people who believe that because something displeases them it then gives them free licence to harass and abuse others who dare to do or say something that they do not agree with.

While this is a phenomenon that is not restricted to any one area (just try getting on the bad side on Beliebers or One Direction fans), it is prevalent in the gaming world, leading to both new and industry veterans alike leaving the industry as they do not want to deal with the abuse any more. It seems that no matter what games you play or what platform you play them on, there is a perception amongst a small, yet extremely vocal minority, that it is open season to abuse people in a way they never would in real life, with no regard to the personal suffering and consequences of their actions. And this abuse isn’t simply reserved for the big topics – sometimes individuals cop abuse for nothing more than a tweak to balance gameplay.

This is what happened to David ‘Vahn’ Vonderharr. Vahn, when not on the receiving end of abuse, is Call of Duty developer Treyarch’s Studio Design Director. While Vahn was not the only person to work on the title, he was viewed as the one responsible for a patch to Call of Duty: Black Ops II that resulted in increasing the firing speed of a gun by 0.2 seconds, with its reload time increased by 0.1 of a second. The reaction to this change amongst the most hardcore of gamers was shocking. Vonderharr’s Twitter account feed was filled with torrents of abuse, threats of harm to himself and even threats to his life.

Let’s put that into context. The changes to these weapons represent fractions of a second, something that would be barely perceptible to gamers in the midst of the game. Yet because Treyarch posted information about the changes in the patch online, a multitude of users thought this change justified the abuse that was heaped upon Vahn for what they perceived as a wrong decision. Activision’s Social Media Manager Dan Amrich, in a post on his One of Swords blog showed just how bad it was, “Vahn often gets told he should die in a fire or kill himself or is a horrible person.”

It would be easy to dismiss this as nothing more than your atypical twelve year old COD player whiner, but the truth is these types of people will attack anyone, with company founders as well as their employees also in their firing line.  The attacks on Jennifer Helpler, formerly a senior writer at Bioware, are a prime example of this. After Dragon Age II was poorly received by some players, some loud criticisers decided that Jennifer was responsible for all the faults with the game. How could they, in their minds, justify this? It all comes back to an interview she had done six years previously in which she said she was not a fan of the combat parts in the original Dragon Age.

After this interview was unearthed, Jennifer was blamed by the angry social media mob who then thought it was okay to fill her Facebook and Twitter with hate and abuse. Again, the vitriolic, loudly spoken gaming community delivered threats of harm, death threats and comments telling Jennifer she should kill herself. What is most sickening about all of this, however, is that in this instance, it was was not just Jennifer they were targeting. These anonymous keyboard cowboys were threatening her children. As a result Jennifer left Bioware to work as a freelance writer and avoid all of this disgusting abuse.

To stay that it takes strength of will to weather this storm of abuse is an understatement. One person who has stood firm against an endless tirade of abuse, however, is Zoe Quinn.  Zoe is a developer who created a game called Depression Quest, partly from her own experiences with depression and in order to help people understand what it is like to deal with depression. She submitted and it was accepted into Steam’s Project Greenlight.  For any developer, this is an exceptinal achievement, deserving of congratulatory celebrations. What Zoe received, however, was harrassment and abuse. Through tweets and comments, Zoe was told to kill herself, threatened with rape threats, and harassed to the point she shut off her phone to avoid the hate. All of this because she was a woman in an industry in which many believe women do not belong. After enduring staggering amounts of hate and vitriol, Zoe had had enough and gave in, removing the game from Greenlight. However, in a turn that does bring back some hope for the internet community, she has since placed Depression Quest back on Greenlight after an outpouring of support from the non-mysoginistic and stable parts of the community.

Sometimes the abuse is not even for the people that create the games, but those that are a part of the industry.The appointment of Julie Larson-Green to the head of Microsoft’s Devices and Studio Engineering Group had the inter-webs in a stir with people thinking not only did she have no business being there as a woman, but that she would flood Xbox with apps based on knitting and baking.Stephen Toulouse was the former figurehead of Xbox Live’s Policy and Enforcement. Due to the work he did ‘punishing’ those who had broken XBox Live rules, he was a massive target, constantly receiving abuse and harassment.In speaking about the abuse he believes the abuse occurs because of the view that there are no consequences to these actions: “The root cause of the problem isn’t on what we do, making games, it’s that there are so little consequences to this wildly violent approach of communication that we are subject to this type of focus”.

Abuse is a big issue in our world. Games are loved and enjoyed by many, but these sorts of disgusting, shameful actions only help to perpetuate the stereotype that gamers are immature kids who cry foul and angrily abuse others whenever something happens they do not like. We, as a group have to stand up and stop this immature behaviour. We would not say these things with such ferocity to others in person. We need to stand up and say ‘we do not tolerate this behaviour in any form.’ We need to start a discussion about this. Discussion is great and can effect changes. Abuse just makes people not want to deal with it any more.

If we don’t stand up, if we normalise this behaviour through our silence, then when everyone is sadly shaking their heads about there being no originality in games, when games are just the same thing over and over with nothing different from previous releases because the developers do not want to risk a backlash of abuse, we will have no one to blame but ourselves.