By now, nearly everyone in the gaming world would have heard of the decision by Target and K-mart in Australia to stop the sale of Grand Theft Auto 5. This decision came after news broke of a group of former sex workers using online petitioning site change.org, to call on Target to stop selling the game. You can read an updated version of the story after their ‘success’ here. According to the petition, GTA 5 “encourages players to murder women for entertainment” and after the article appeared on News.com.au the amount of signatures on the petition swelled to over forty thousand. The resultant uproar caused by the petition lead to Wesfarmers, the corporate entity that owns Target and K-mart, removing all copies of the game from the shelves, likely due to the threat of potential backlash.

Despite my personal feelings on this decision, Target and K-mart are well within their rights to decide they no longer want to stock the product. It is their business and their decision. What the reporting on this whole issue shows, however, is how mainstream media seemingly treat video games and video game stories completely differently to other forms of entertainment.

The Media, Entertainment and Arts Alliance (MEAA) Code of Ethics (COE) provides guidelines for journalists in Australia when undertaking stories. The first clause of the COE states that journalists should “[r]eport and interpret honestly, striving for accuracy, fairness and disclosure of all essential facts. Do not suppress relevant available facts, or give distorting emphasis. Do your utmost to give a fair opportunity for reply.” The article published on news.com.au fails to question the content or accusations levelled by the creators of the petition, instead continuing to perpetuate the fallacies put forth. As part of my own research for this piece, when I talked to the author of the news.com.au article, I asked whether they had had any personal experience with the game itself and if they had verified the claims of sexual violence using other sources, such as the Classification Board. The response I was provided was surprising: whilst the author admitted they had not played GTA 5, they indicated that they had had past experiences with the previous games in the series and knew that you could have sex with prostitutes and run over and kill women in the game. Unfortunately, without having played GTA V, the author would be unaware that one of the major points made by the petition as to the incentive to commit sexual violence in GTAV (that being receiving a health bonus for having sex with prostitutes) was not even present in the game. Now it may just be because I am a gamer who hopes to make it in the industry as a video game journalist, but if I was to write a piece about a game, no matter what it was, I would make sure I have played it, otherwise the information I am putting out for people to read is unreliable.

While I wish the article as it had originally appeared still existed, after Target decided to pull the game, the article was updated to reflect this. Both the original and updated articles provide no response to the claims made by the creators of the petition as to the content of the game. Instead, the article utilises quotes from Strauss Zelnick, CEO of GTA publisher Take-Two, originally made during an interview on Bloomberg TV on the 18th of November. This interview was recorded over two weeks prior to the original petition article being published on News.com.au, and was in reference to the question of the ability to have sex with prostitutes and kill them. When asked about the use of these quotes in the article, its author stated that they had attempted to contact Take-Two, and had waited half a day for a response before the decision was made to publish with the older quotes. The argument supporting the use of older quotes was based on the fact that whilst the quotes were not specifically geared to the article, they were in the same vein as the article because they were about the ability to have sex with prostitutes and then kill them. Whilst I can accept the argument of having something that resembles the issue being represented from the point of view of Take-Two, the difference in the context of the answers is far too vast, and I am sure that had Mr. Zelnick commented on the petition, the quotes offered would have been remarkably different. 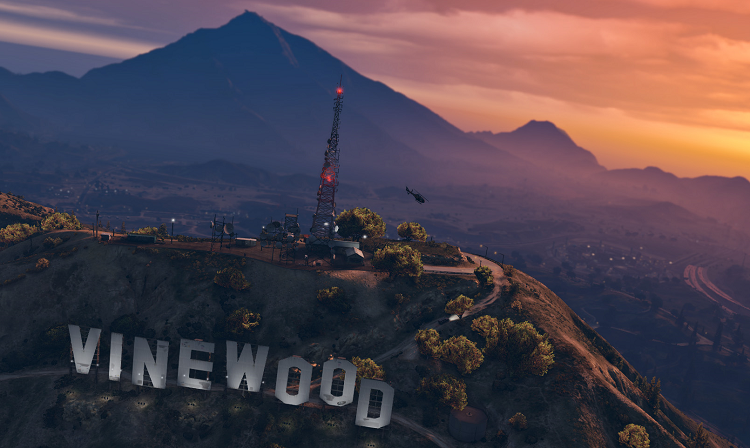 Turning attention to the petition itself, its contents include gross inaccuracies. The opening paragraph opens with the statement “It’s a game that encourages players to murder women for entertainment. The incentive is to commit sexual violence against women, then abuse or kill them to proceed or get ‘health’ points.” As a person who has spent many hours playing GTA 5, I can recognise the falsity of these claims. Firstly there is no sexual violence in the game. There is sex yes, but the sex with prostitutes is pretty tame compared to what you can see on TV, with no nudity at all and only the movements and sounds effects alluding to what is happening, even in the first person perspective. Additionally, there is no violence associated with the sexual acts at all. We are not talking about sexual assault or indecent assault. It is consensual sexual intercourse and despite the claims made in the petition you receive no health points or benefits for undertaking the action. The health restore mechanic attained from engaging in sexual intercourse with prostitutes that was seen in previous games in the series has been removed from GTA 5, making the choice to partake in the services a prostitute offer one made purely because the player wants to. Yes, it is true that the player can then choose to attack the prostitute after they have finished engaging her services in order to steal her money. It is also true that the player can let her get out of the car and drive off without doing anything. There is nothing that forces a person to enact any type of violence on the prostitute and no mission that requires the player to do so in order to proceed through the game.

Is GTAV a violent game? Yes. Should children be allowed to play it? Hell no. That does not mean that the game should be denigrated in the mainstream media because journalists do not understand the game itself properly, nor bother to play the game prior to writing an article about it. While the writer of the news.com.au article can claim that the story was more about presenting the views of the petitions creators, their story was the source of information for those that had not played the game, and by failing to present the factual errors in the petition, they gave an unbalanced and biased view to the non gaming community. I have absolutely no problem with the mainstream media calling a game out about its questionable content, but the mainstream media and the journalists who operate within that media must know what they are talking about and make sure the information that they publish is correct. WIthout diligent fact checking, these journalists are doing a disservice to their readers.