Reckoning, the final expansion for Mass Effect 3 multiplayer launches tomorrow.  To make sure fans are as pumped as possible, Bioware has released a slick new trailer showing off all the new badassery the pack contains.  Read on for details, and to watch it for yourself.

The trailer’s release immediately followed a live demonstration of Reckoning on Bioware’s Twitch TV channel.  If you missed the livestream, it has been archived for viewing here.  The trailer itself is made of  pre-rendered CGI, and doesn’t feature any game play.  If you’re interested in seeing what the new classes look like in actual combat, be sure to watch the livestream.  And now, on with the show.

Now, I know what you’re thinking, and you’re wrong.  That wasn’t EDI you saw.  That was the Alliance Infiltration Unit.  But I totally understand your confusion.  So I’ve prepared a visual aide. 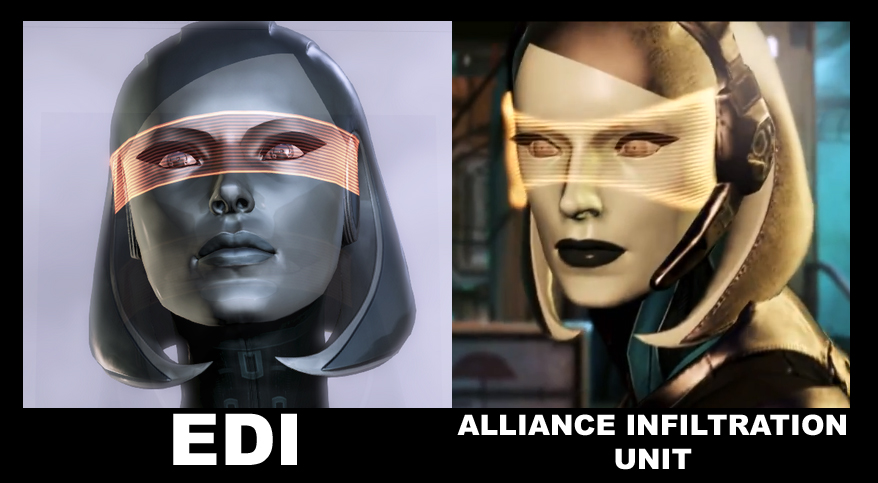