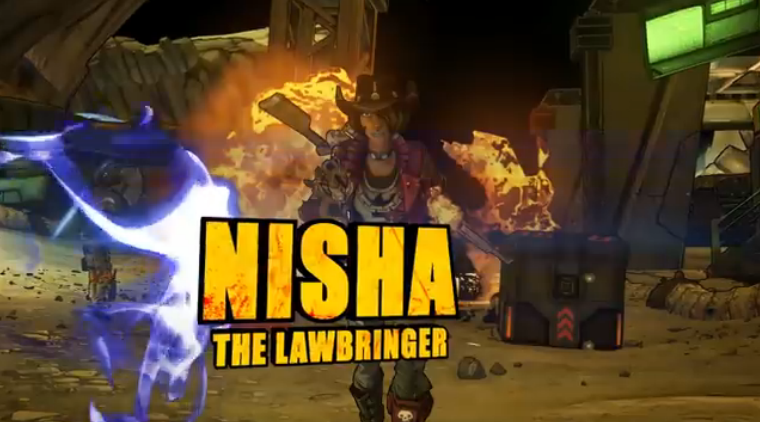 The Last Hope trailer introduces four of the characters featured in Borderlands: The Pre-Sequel: Nisha the Lawbringer, Athena the Gladiator, Wilhelm the Enforcer, and Claptrap the Fragtrap. All four characters have featured as NPC’s in previous Borderlands games. According to the trailer, they represent Pandora’s last hope and they’re not exactly the good guys. So basically, we’re screwed.

Borderlands: The Pre-sequel explores the story behind Borderlands 2’s villain, Handsome Jack, and takes place between the original Borderlands and Borderlands 2. The plot of the game will follow Handsome Jack’s descent into villainy and all around badness, focusing on his escape and capture of the Hyperion company’s moonbase. The game promises to deliver new gameplay, with new ice and laser weapons and new vehicles to create levels of destructive mayhem, whilst still retaining the game’s fusion of FPS and RPG elements.

Borderlands: The Pre-Sequel is releasing October 14 for PS3, Xbox 360 and PC. For more information, check out the game’s official website.

Dibs on playing as Nisha.