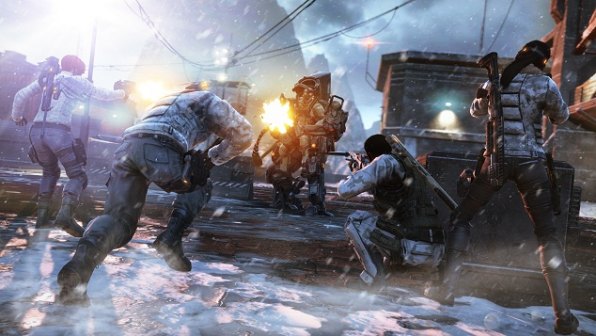 Damage perks, skins and weapon customisation oh my! EA and Insomniac Games have detailed what those pre-ordering Fuse can look forward to receiving as additional bonuses.

From now, players who pre-order Fuse will be able to unlock special armor and weapon customisations for each of the game’s four playable characters: Izzy Sinclair, Dalton Brooks, Naya Deveraux and Jacob Kimble. But the pre-orders don’t stop there – players will be able to bolster their character’s arsenal through increased damage on all one-handed weapons.

The pre-order bonuses are as follows:

Fuse is a 4-person co-op story-driven action game that follows the journey of four elite agents battling a rogue paramilitary organisation in an effort to prevent a global arms race spiraling out of control. The game is scheduled for an Autumn 2013 launch on PS3 and Xbox 360.

For more information on the game, take a look at its Official Website.