Fan Made Mass Effect Monopoly board is amazing; wins internet 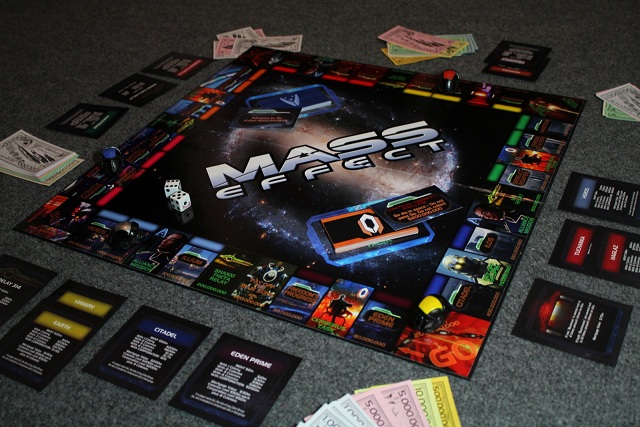 We here at Save Game have seen a lot of fan-made gamer-themed projects. Some have been good. Some….better forgotten. But this Mass Effect themed Monopoly set made by TommyFilth has absolutely blown us away and left our jaws hanging on the floor.

Inspired by the Fallout monopoly board, Tommy created this Mass Effect themed board and in so doing he has instantly become the guy whose place we want to drop by so we can get some hands on time with this amazing creation. Or just look at it. We’d be happy to do that too.

A Theater owner and prop maker, Tommy’s attention to detail can be seen in the fantastic monopoly pieces which are mini helmets, and the monopoly money he’s made…..well. We think words just can’t do it justice. Featuring the Alliance and Spectre logos, in addition to an amazingly stylized image of the iconic Normandy, this is some monopoly money we wish were real currency. 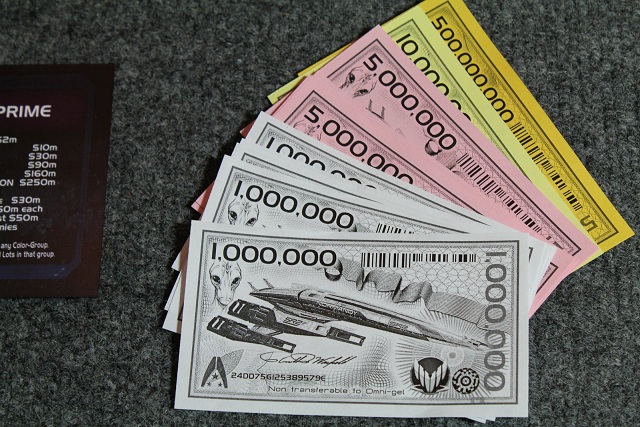 No Monopoly board would be complete without properties to buy and places to visit – and all the iconic places in the Mass Effect universe are present and accounted for here. Want to buy the Citadel or Feros? This game lets you buy both, with Eden Prime, Earth and Tuchanka thrown in too. Remember Illium and Freedom’s Progress? How about Ilos (my John Shepard certainly remember the night before Ilos…). They’re on the board, along with others. The game’s two major human-based factions – the Alliance and Cerberus – also feature, with a deck of cards available for both.

For a closer look at Tommy’s Mass Effect Monopoly board, including much larger pictures of the ones included here, check out his DeviantArt Page. It’s always great to see such well-made fan-made projects, and it’s clear that Tommy knows his source material. This is a Monopoly board made by someone passionate about the source game. And we have to give him massive props for what he’s created. I’ve spent a lot of time in the Mass Effect universe – and if this monopoly board were mine, I think I’d never leave my house.

Tommy – if you read this – can you please make me one of these boards? PLEASE?! I need this in my life….