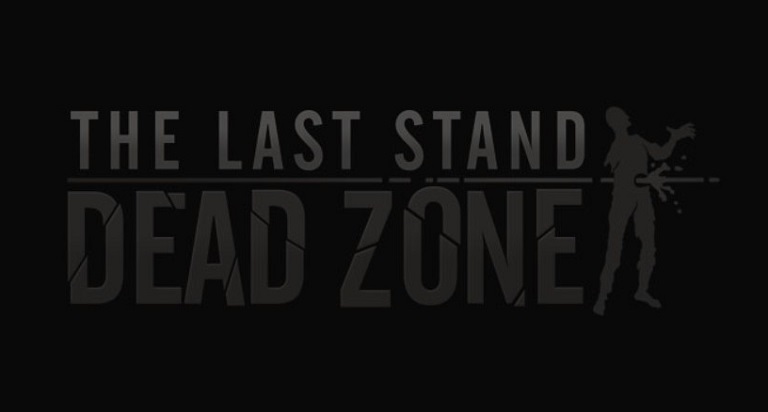 Everyone likes something free right?  Well we at Save Game do too so we’ve started checking out some of the Free to Play games out there to let you know if they’re worth your time and even possibly your money.  The first game on our list is The Last Stand – Dead Zone from Con Artist Games.

I should start this by saying the game is highly addictive.  All of the really good free to play titles are, which is what eventually makes customers give the game all their money.  Dead Zone in particular had my attention for a very long time and I was completely obsessed with it by the time I hit level 2.

Generally speaking, I’m pretty picky about my free to play titles.  If I can’t get at least a few hours out of the game without feeling like I absolutely must purchase something using a micro-transaction, I probably won’t play further.  With Dead Zone I found myself not really needing to make a purchase as much as wanting to make a purchase.  After just a couple hours of play, I wanted to give Con Artist games some of my money, partly because I feel that if you’re genuinely enjoying a game it’s just polite to toss a few bucks the way of the developers, and partly because this game is really, really good.

You’re a survivor having made it through a devastating zombie apocalypse.  Your job is to build and fortify your compound against the impending zombie horde.  Security, comfort, food production, and water collection are the essential ingredients to making your compound a winning place where other survivor NPCs would like to weather this undead storm. 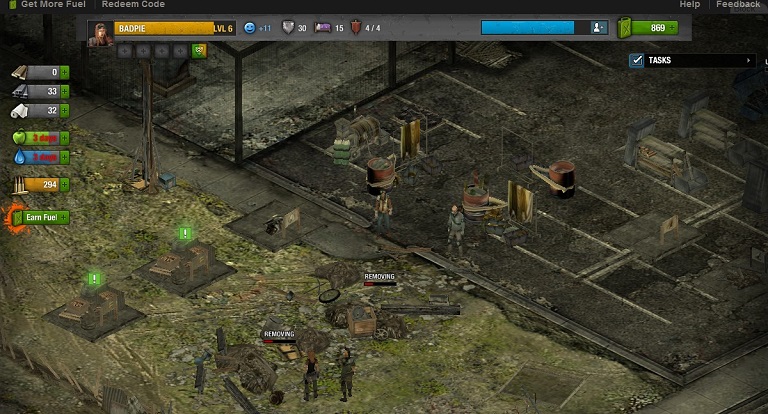 One of the most interesting aspects of the game for me was the ability to play actual missions.  I was expecting to send my survivors out on a mission and simply have them be unavailable for a certain length of time while they did whatever it was they were doing off screen.  I figured they’d come back with some pre-determined loot and scrap metal that I could use to keep my compound going.  But I actually found myself in a different area of the map in a small residence or grocery store or police station of my choosing, fighting zombies.  The game lets you really get in there with your equipped weapons and armor and you and your crew can do some satisfying damage to the lurching (and sometimes running) enemies using firearms and melee weapons.

By the time I hit level 10 I was a complete bad ass.  My barricades had all be upgraded as far as they could be at that level, I had a steady supply of food and water coming in and I was crafting weapons, armor, and various other pieces of equipment that would give me an edge.  I even had friends.  Several other NPC survivors had come by and decided that my pad was cool enough to chill in, so now I had others to help clear junk piles, collect food and even run missions.  They each get assigned a role during your gameplay and there are several classes to choose from such as fighter, medic, scavenger, and recon.  Upgrading security and making your survivors comfortable is the key to keeping them happy, and high morale leads to more successful performance during missions.

Not that your survivors are easy to please.  Food and water, even with production can be tough to keep at a level that ups morale and the morale with take a massive dive if another mouth to feed shows up unexpectedly.  That’s the downside to making your crib spectacular – the moment everyone is happy and morale is high, some other wandering soul shows up to raid your fridge.

Speaking of raiding, there’s a social element to the game as well.  Well, sort of.  Surrounding your compound on the map are the locations of other players and their own compounds.  Should you decide you’d like to be a dick, you can go raid their compound and take everything they’ve worked so hard to scavenge, build and farm.  It may sounds like an easy way to get some loot, but you’ll be singing a different tune once the tables have turned. Getting raided sucks. It’s that simple, and the loss that comes with it can be pretty frustrating. 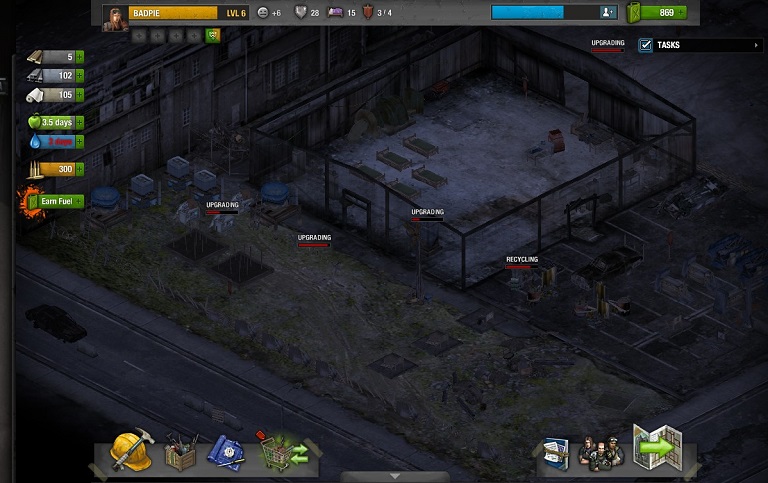 Raiding isn’t the only thing you can do to interact with your neighbors though.  If you decide to take the high road, you can visit others’ compounds and help them out with tasks that may need speeding up.  This can be really helpful if your survivors are clearing a junk pile that will take three actual days.  Every minute shaved off of that without having to spend $20.00 on purchasing extra fuel is precious.

If you’d rather not spend a small fortune on this game, you’ll need to exercise quite a bit of patience.  Clearing junk piles in particular can take one survivor 10 real days to finish.  The good news is, the more survivors you have on a particular task, the shorter the length of actual time it will take.  It costs quite a bit of fuel to speed this process along, and that’s where I got into trouble and started reaching for my wallet.  For the big jobs, it’s probably best that you start them just before you go to bed, or go away for a weekend, otherwise your bank account will tank. 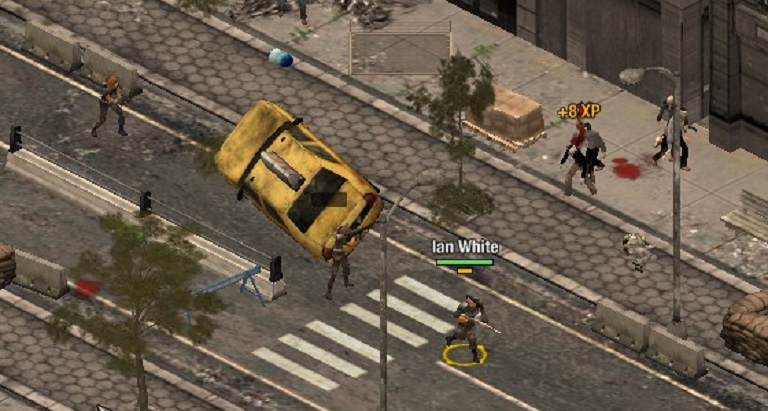 The higher level missions that you go on, the longer it takes for your survivors to return.  While the lower level missions usually take between five to ten minutes to return to the compound, higher levels can take upwards of an hour or more.  There’s an option to upgrade (for a price of course) so that your returns will be permanently sped up, but if you’re like me, chances are you’ve already dropped some cash and paying another $30.00 to upgrade your Deathmobile might not seem worth it.  If you have a group of survivors it may be good to split them up into teams in order to get more done.

There is a downside to this, however.  Take your best fighters out on a mission that takes an hour to return from and leave a couple feeble survivors behind to clear some junk, and you may run the risk of being attacked by a zombie horde that can wipe you out. 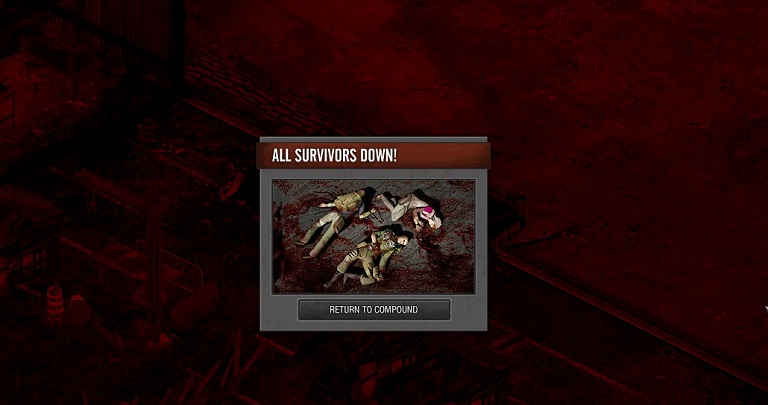 The game really shines in the building, crafting, and upgrading areas, and that’s what I found myself having the most fun with.  Deconstructing some junk or some crappy low level weapons so that I could create a more powerful rifle or melee weapon was very satisfying.  It’s a delicate balance between having enough space to store all of your resources like cloth, metal, and wood and having enough resources to upgrade your space. That takes a bit of juggling and it can feel awful to throw away 50 pieces of perfectly good cloth you don’t have room for.

If you have the time on the weekend or evening (or at work *cough*) you might be happy to check this game out.  The Last Stand – Dead Zone is a well made, atmospheric,  free to play title that’s well worth a few of your hours and a few of your dollars to say the least.  Happy zombie killing, everyone!