This Must Stop: The eventual fall of the Facebook game 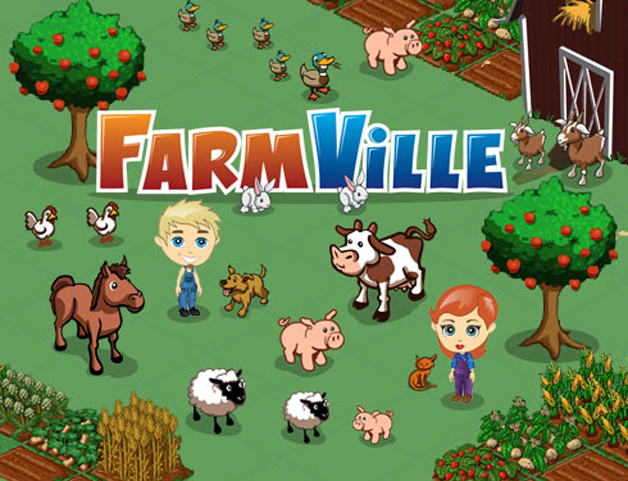 It starts innocently enough.  An enticing graphic, a benign message from a friend;  “Your friend’s cow has escaped the pasture!  Will you help them?”  Naturally, being a kind and socially-minded individual, you procure said cow and return it to the pasture… and from there it spirals into an unending whirlwind of irreversible and constant annoyance. This is the world of Facebook games.

Gaming on Facebook has had a good economic run over the past few years.  The flood of  confused middle aged fathers, secretaries avoiding administrative tasks, bored teenagers and housewives seemed unstoppable.  Only recently comes news that its time-wasting reign may finally be coming to an end, as gaming on Facebook has taken a steep dive in numbers over the past year. I for one couldn’t be happier.

For  years, Facebook has had a plethora of atrocious point and click games ranging from Mob Wars to Farmville to Sims Social, and everything in between.  Apparently we will soon also be getting a Jane Austen themed Facebook game, which will no doubt involve swooning when things are too shocking and catching fever after taking a walk in the damp air.   The games serve a purpose to distract from the doldrums of the office or even a quick time killer before bed.  If this were their only purpose, I might be forgiving of the games, but they all have an ulterior motive:  getting you to talk to that one guy who was in your kindergarten class but you haven’t spoken to in 25 years (why is he on my friend list anyway?)

Save Game had a Facebook Friday feature for nearly half a minute when we were considering that reviewing Facebook games might be fun.  That was, of course before any of us had really taken it upon ourselves to suffer through the simplistic, pushy, manipulative experience masquerading as “games” there.  After several weeks of desperately searching Facebook for something remotely enjoyable (or even something that could kill the fifteen minutes of whatever spare time a normal person might have in their work day) we decided on a mutual concensus:  Fuck This Noise.

Most of the games on Facebook are able to be played alone for a little while, but then comes the point where the game tells the player they can’t do anything else without bugging the hell out of their social contacts for it.   Run out of energy in the Sims Social and there is an option to ask all your friends if they’ll help you out by sending you some.  All.  Your.  Friends.  They will all see this, even that one weird uncle you haven’t spoken to since your childhood (I really have to edit my friend list).  Most people, having some kind of social tact don’t really want to bombard people with requests to help water their virtual game flowers or build a thatched hut in a magical kingdom. 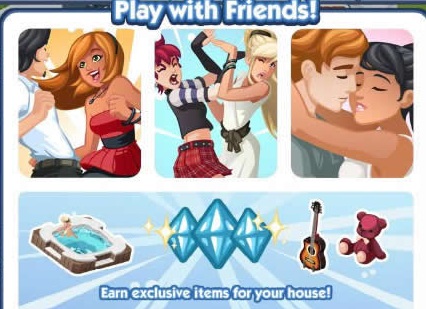 I know what you’re thinking – they’re social games.  They are meant to help you interact with people you know on Facebook; other unfortunate souls who have been dragged into the abyss of never-ending pop ups asking their neighbors to help them weed their gardens.  I get it, the point of social games is to be social, but isn’t that what Facebook is for in general?  Can’t I just “like” the picture of kittens my aunt posted on her page and call it a day?  Can I not just  wish a happy birthday to that girl who used to make fun of me in 5th grade? Why can’t I just play the shitty games?  Why do I have to forcibly involve others in my tedious, brain wilting, slack jawed clickery?

If you’re lucky, there will be a few people on your friends list who are actively playing the game that you’re playing.  These people will likely be happy to help you out when you, no doubt cringing, send them every Lost My Cow request.  It becomes a symbiotic, codependent and ultimately destructive relationship, as the “social” aspect of Facebook shifts from “congratulations on your new real life baby” to “I sent you a crystal shard.  Could you send me one back so I can fight rabid blight wolves?”

If there’s not pressure from your Facebook gaming friends to interact with their games on a near constant schedule, then there are the games themselves, intermittently reminding you that you’re a loser with no friends if you don’t interact/assist/enable your fellow players/junkies.  The Sims Social even penalizes you with “awkward friendship” if your Sim doesn’t visit someone else’s Sim daily.

I liken each Facebook game to the over enthusiastic parent who tries to get their child to join in activities.  Father Cityville should just be happy that you’re playing and building houses for your citizens.  After all, you’ve constructed a City Hall and that is quite an accomplishment.  Rather than simply being happy that you are happy, Father pushes you to send messages to your friends, inviting them to come play in your City Hall.  “You need to be more social,” Mr. CityVille says, wagging his finger.  This is why I don’t go home for CityChristmas anymore; I can’t stand his look of CityDisappointment or the inevitable CityGrad-School conversation. 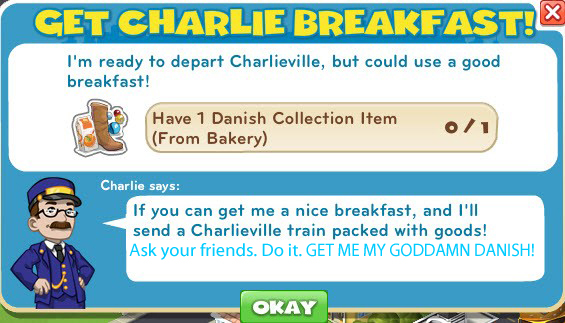 Your refusal to be bothersome to your friends then affects your game in negative ways.  You simply cannot progress in the construction of your City Hall without outside help.  You would love to harvest your crops in CastleVille but you have no energy.  From all sides you feel the mounting peer-pressure to continue, yet you have exhausted the good will and cow-hunting abilities of your friends. What do you do?  That’s when, at your lowest, you see the “Purchase Credits” button.

Yes, you can purchase your digital buildings and pixelated pigs with real money from companies like Zynga and, even though most people would rather eat their own faces than spend legal tender on social games, there is a small section of players who are willing to drain their PayPal accounts, defying all logic and reason.  Zynga has tried to downplay this, by saying, “Historically, less than 5% of our players have been paying players,” and yet they project the revenue from these players to balloon to $20.3 billion worldwide by 2014.

No, no.  The inspiration to pay for Facebook game perks comes from one place, and that place is shame and the desire to not annoy your entire friend list.  With the games’ almost High School-level of peer-pressure to continue to play, coupled with the hundreds of hours you have invested in rising to the level of Pixie Star Fairy 28,  it is understandable why one would cow and hand over the AmEx.

Aside from the fact that Facebook games are pretty terrible as games go, it is the extra level of offense that really puts them over the top.  The manipulative, disruptive and even sometimes expensive aspects are possibly the worst of all.  Perhaps we’re starting down the right path.  Perhaps the drop in numbers of players is an indication that others have come to the same conclusion I have: That this must stop.