The Problem with Pirates 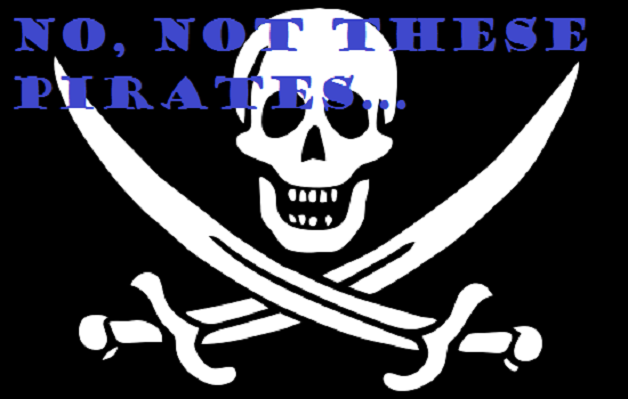 I have this good friend who I have been playing video games with for a very long time. We met in high school when my family moved to a new city and we bonded over playing games. We would stay up late and play all sorts of titles, and it was those late gaming nights that made our friendship what it is today. Over time we have had many great game related conversations, but over the past few years we have always been on opposite sides of one important argument. You see, my friend has not bought many games in the past few years. Not because he is playing fewer games, but because he usually just rents games and burns them so he can have them for a fraction of the price.

This is a big problem that all sorts of different media has been forced to deal with. Video games are just one of the more recent victims. Every time my friend and I have this conversation I hear him make the same arguments. “Most games these days are too expensive and not worth the price,” “I am able to play way more games this way,” the list goes on and on. He would get upset when Microsoft would ban his account for playing burned titles, claiming that he got “screwed” by Microsoft. I have tried over and over again to reason with him, but it just doesn’t seem to work.

I will admit that some of his arguments make a weird sort of sense. I will be the first one to admit that a lot of games that come out nowadays are not worth the price tag they sport upon release, and he does get to play many, many more game than me (and has a much higher gamerscore because of it).But the few positives he gets out of his actions do not outweigh the negatives that these kind of behaviors cause to the gaming industry.

You know why I refuse to illegally download or burn games? It’s not because I feel that I need to take some sort of moral high ground, and it isn’t because I don’t have the means to do so. No, I refuse to illegally obtain my games for one simple reason. I love video games. I love the industry, I love the gaming culture, and I love the companies that make them. I have no problem spending my hard earned cash on games because I want to encourage the people who make them to keep making games that I love. This is the same reason I refuse to buy used games. I want to make sure my money goes to the people who make the games and not someone else. Sure, games are expensive, but that just means you need to do your research and make sure the game you are going to spend your money on is both worth it and right for you.

Games are more than just a way to pass the time for me; they have been a huge part of my life for a very long time. I have made some great friends through playing games, and I have made some great memories too. I want to be able to share my passion for games with my children, and I want them to be able to play as many great games as I have been able to. That’s why I pay for my games, and why I refuse to pay a store for my titles when I should be paying the company that made them. I want to send the message that I love the product they are putting out there, and I want them to have the funding to continue making great titles in the future so when it’s time for my children to choose if they want to play games, they will have as many options to choose from as I have.

My friend may have a larger library of games than me, he may have a higher gamerscore, and he may be able to play his games at a fraction of the cost. But I have something else that is dearer to me, my pride as a gamer. It’s this pride that pushes me to support the companies that make the products I love so much. It’s this pride that makes me look towards the future of gaming and see what actions like his can cause. We will always be friends, and I will always love having a friendly (or heated) game discussion with him, but this is one point that I will never concede to him or anyone else who takes his view towards gaming. It’s about having pride as a gamer, and nothing will convince me to give that up.