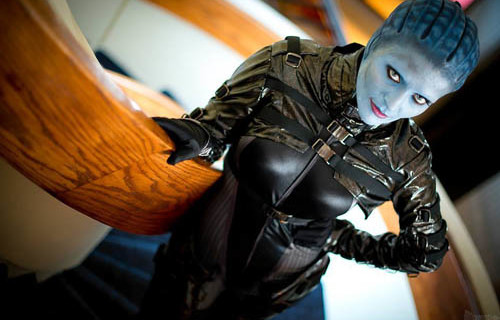 This is the second installment of my interview with Rana McAnear, the face model of Samara and Morinth from the Mass Effect series. In the last segment, we talked about how she acquired the role and started cosplaying.  We ended with a description of Rana’s first in-costume experiences.

An Interview with Rana McAnear – Part I

Rana McAnear is best known as the face model of Samara and Morinth from the Mass Effect series. Recently, she’s made a habit of cosplaying those characters and playing an active role in the Mass Effect fan community. Her participation has garnered her an overwhelmingly positive reputation.  I was lucky enough to sit down with her for a Skype interview after this year’s Dragon*Con.