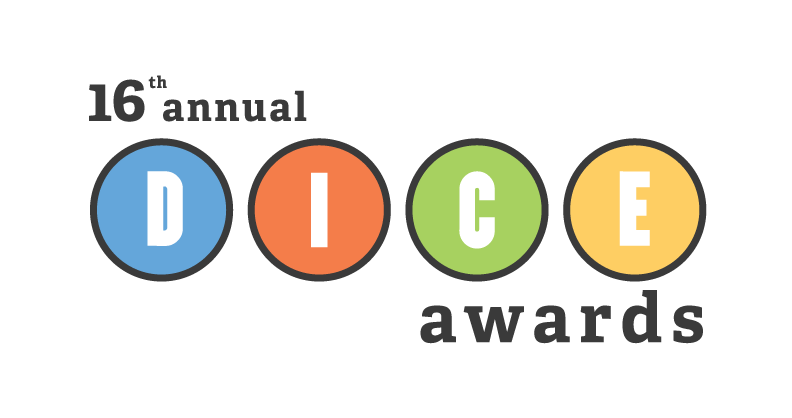 The 16th annual D.I.C.E. award nominees have been announced. To those unfamiliar with D.I.C.E. (Design, Innovate, Communicate, Entertain) their awards are more Screen Actors Guild and less MTV Movie Awards like some other video game awards shows.

Journey is the big winner here, leading the rest at 16 nominations, including Game of the Year, Outstanding Innovation in Gaming and Outstanding Achievement in Original Music Composition.

The other nominees for Game of the Year are The Walking Dead, XCOM: Enemy Unknown, Far Cry 3 and Borderlands 2.

A few other noteworthy items:

I can understand Journey and Walking Dead on this list, but Nintendo Land?  I feel like Klei’s Mark of the Ninja was robbed in this category.  Sound is tough to pull off in any stealth game, and the fact that they got it right and kept it simple is no small achievement.

This is tough. As indifferent as I’ve been towards Borderlands 2, Tiny Tina is probably the best thing in the game but it may be because she is doled out in small doses.  I haven’t seen Vaas in action, and I haven’t seen anything about Cortana in Halo 4 so far that makes me forget how she evolved from blue blur that kind of resembled a woman to sexy hologram lady that resembles what a woman would look like in a porn parody of The Matrix. This leaves Lady-Shepard, which seems strange nominating her without her male counterpart.  Mass Effect 3 is only nominated in two other categories (Massively Multiplayer Game of the Year, and Original Music).  Jennifer Hale has put in her dues by being the go-to voice actress when you need a character to sound like…well a Jennifer Hale character. Tina and Lee put up good arguments, but I want to see FemShep take this one.

I kind of disagree with Journey being on this list, I would not say it has an outstanding story so much as it is an outstanding presentation of a story. Not to sound like a Mass Effect mark, but whether you loved or hated the ending, it still had a great story.  The only other game I’ve played on this list is The Walking Dead, who I expect to take this.

Outstanding Achievement in Sexualizing Synthetic Ladies, and I Mean It Sarcastically Because the Whole Thing Is Kind of Creepy When You Think About It. Nominees are: Cortana from Halo 4, EDI from Mass Effect 3.  Okay, that one is made up, but is it not strange that I could come up with as many examples as there are Wii U titles in the entire nomination list (New Super Mario Bros. U & Nintendo Land).

Looking back, 2012 was an awesome year for gaming.  D.I.C.E. awards are thorough, and it is difficult to argue that across the different categories the games listed are the best that came out this year.  The awards ceremony will take place on November 7th, and is hosted by Nerdist Podcast host Chris Hardwick.