343 shares what they’ve learned from the Halo 5 beta

These days, most betas are really just glorified demos. But the Halo 5 demo was different. Released a full year before the full game launches, it was a true work in progress, meant to test what worked, and what didn’t. Now that it’s over, 343 Industries is sharing what they’ve learned, and what changes they’re already making. Read on for the details.

To say that Halo 4 wasn’t universally loved would be a bit of an understatement. The many changes made to the game’s multiplayer, which some believe were meant to make Halo feel more like Call of Duty and Battlefield, didn’t sit well with the Halo faithful. 343 Industries has promised that Halo 5 will be a return to form for the series, with more emphasis on the things that made Halo multiplayer so special to begin with. To prove it, and to get as much feedback as possible as early in development as possible, they released a multiplayer beta back in December, which ran through mid January. You can check out my impressions of the beta here. For the most part, it was well received by fans, but that doesn’t mean it was perfect.

In a blog post over on the official Halo website, Executive Producer Josh Holmes talked about what they learned from all of the player feedback they’ve collected, and what changes they’re already making to Halo 5. The whole thing is well worth a read, but I’ll give you the Cliffs Notes version of what’s being changed already in the bulletpoints below.

They also released this handy graphic which shows off some of the impressive numbers racked up by players in the beta. Only one Killpocalypse? I could’ve gotten a few, if I wanted to… 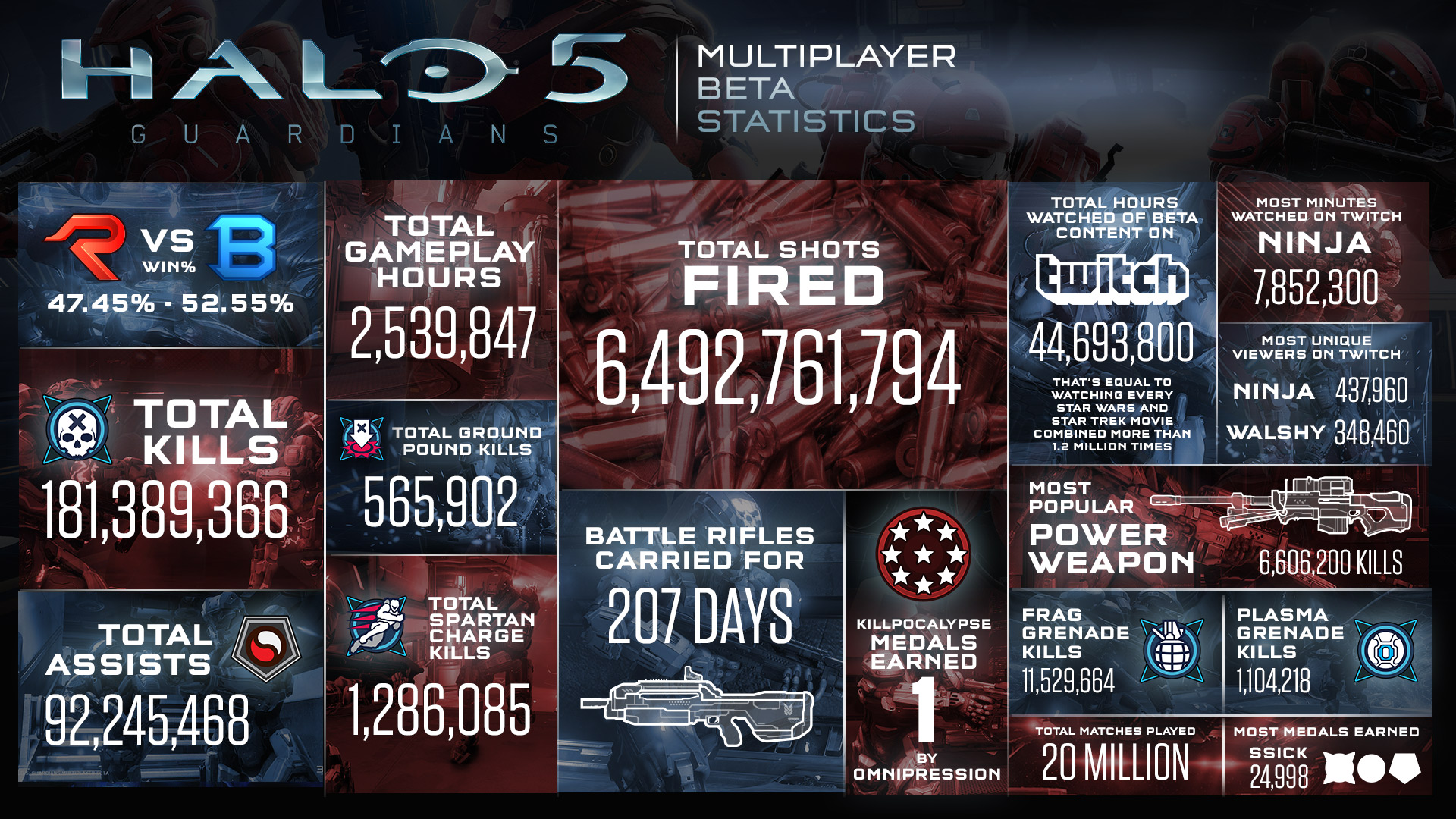 While there’s still no firm release date for Halo 5, the game is scheduled for a launch sometime during the 2015 holiday season.