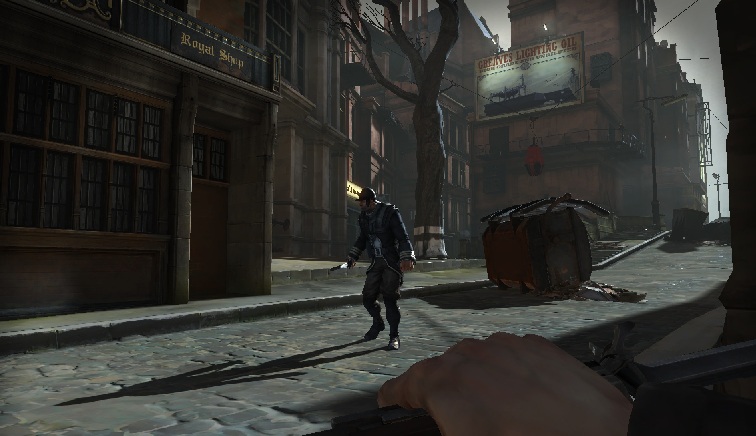 Arkane Studios have released some new screenshots of their upcoming title Dishonored, showing how combat will look in their ‘retro, future industrial’ stylized gameworld. The game’s official website is also live.

You are the once-trusted bodyguard of the Empress. Framed for her murder and driven by revenge, you must become an infamous assassin, known only by the disturbing mask that has become your calling card. As you navigate a world torn apart by plague and oppressed by a government armed with strange new technologies, the truth behind your betrayal is as murky as the waters surrounding the city. The choices you make will determine the fate of the world, but no matter what happens your old life is gone forever.