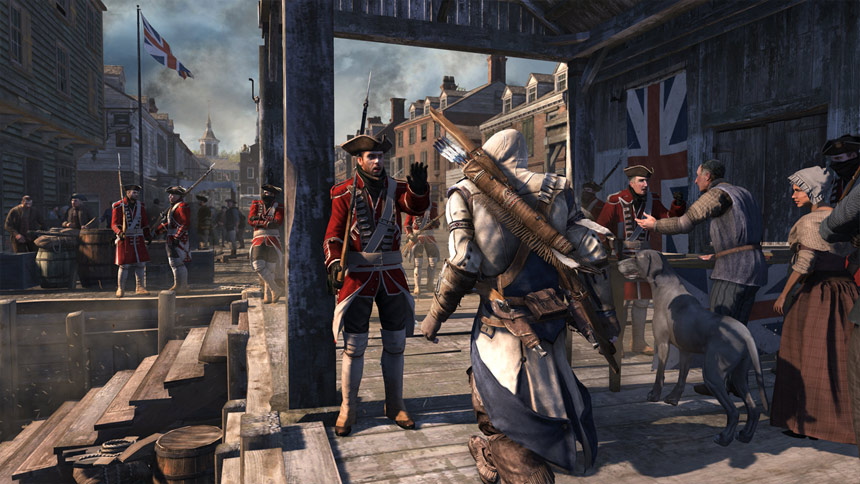 According to the company, Assassin’s Creed 3 has already surpassed preorder numbers for Brotherhood, and has more than 10 times the pre-orders that Revelations notched up in the same 3 week period (comparing US pre-orders, for those of you playing at home). Not too mean a feat for the series.

In other Assassin’s Creed news, it looks like Ubisoft is very keen to have PC players try the game using a controller rather than keyboard and mouse setup. According to the creative director of the game, Alex Hutchinson, speaking to GameSpy, PC players looking to gain the most out of the Assassin’s Creed 3 experience should be hopping on that controller bandwagon:

I guess that means we won’t be seeing Assassin’s Creed 3 themed keyboard and mouse combinations.