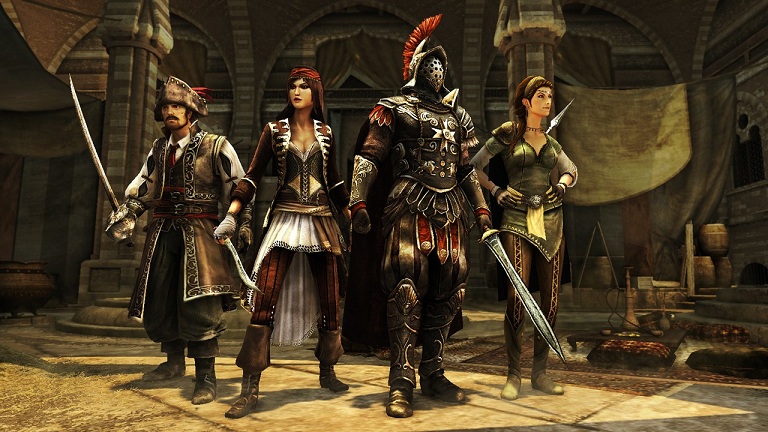 Ubisoft have announced the first DLC for Assassins Creed: Revelations, entitled The Ancestors Character Pack, will be available December 13. Priced at 320 MSP or $3.99, the pack includes four new multiplayer characters – seen in the image accompanying this article. They are: the swashbuckling Privateer, the sassy siren Corsair, the brutish Gladiator and the battle-hardened Brigand.

Each character will feature unique weapons, taunts and moves.

A second DLC will also be available to pre-order, however Ubisoft is remaining tight-lipped regarding details surrounding that pack.