We all pretty much knew it was coming, but it’s still exciting to see it officially announced.  Multiplayer will be coming to Dragon Age Inquisition.  In much the same way multiplayer was added to the Mass Effect universe, multiplayer in Dragon Age will be a cooperative experience, separate from the single player campaign.  Read on for all the details.

The news broke earlier today over at IGN, who got an early look at how multiplayer will be implemented in Dragon Age Inquisition.  Designed as a sort of counter weight to Inquisition’s 200+ hour campaign, the multiplayer will be a cooperative four player dungeon crawl, meant to be played for 20 to 30 minutes at a time.  Much like the multiplayer in Mass Effect 3, teams will face increasingly difficult waves of enemies.  Unlike Mass Effect, the environments you fight in will be randomly generated, making every enemy encounter unique.  Victories will earn players gold, which they can then use to buy equipment upgrades, potions, grenades, and other useful combat items.  In another link to Mass Effect’s multiplayer system, players who don’t want to grind for gold will be able to purchase currency to speed up the upgrade process.  But there will be no fees or paywalls in Dragon Age’s multiplayer  Everything can be accessed for free, if you have enough free time on your hands.

At launch, multiplayer will feature nine different heroes to choose from, three for each of the mage, soldier, and rogue classes.  Each hero will have two separate skill trees, with about 20 skills each.  Unlike the largely static, faceless avatars of Mass Effect’s multiplayer, each hero will be a fully realized character, or “mini follower” as Mike Laidlaw describes them.  Each hero is an agent of the Inquisitor, and their story runs parallel to that of the main game.  Fans wary of the infamous “best” ending in Mass Effect 3, which could initially only be achieved by participating in multiplayer, need not worry this time around.  The multiplayer component, while loosely connected to the campaign’s story, will not have any effect on the player’s campaign.  No content in Dragon Age Inquisition will be locked behind multiplayer, and taking part in the cooperative missions will be completely optional.

We’ll likely be hearing much more about Dragon Age Inquisition multiplayer in the weeks to come, and we’ll be sure to bring you all the details. 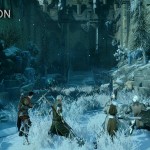 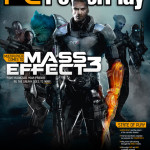