If you’re anything like us, you’re probably still a little sad that Dragon Age Inquisition was delayed.  Sure, it’s only about a month, but those days will feel like years!  But not all the news out of Bioware’s Edmonton headquarters has been bad lately.  Today, they announced that they’re still actively seeking beta testers for Dragon Age Keep. Read on for the details.

If you’re not familiar with Dragon Age Keep, allow me to bring you up to speed.  The world of Dragon Age is a very complicated place, filled with a seemingly unending number of decisions and choices that change the world in ways both big and small.  Carrying these choices over from the first Dragon Age game to the second proved to be a buggy, somewhat scattershot process.  Moving the collected decisions and choices from Dragon Age 2 to Inquisition would be even more complicated, given the sequel’s move to next generation consoles.  So Bioware came up with the Dragon Age Keep, a utility that acts as a catalog of all the choices made throughout the first two games.  Using the Keep, you’ll be able to recreate your vision of Thedas without having to worry about importing save files.  Once Inquisition launches, you’ll be able to access the Keep from the game, and carry over as many choices as you like, making the Thedas of Inquisition precisely how you wanted it to be.

Currently, Dragon Age Keep is in a closed beta.  But in a blog post earlier today, Bioware announced that they are still seeking beta testers for the program.  To apply to be a beta tester, all you have to do is visit the official website at dragonagekeep.com.  While the launch of Dragon Age Keep will be pushed back somewhat because of Inquisition’s delay, Bioware is still planning on launching the utility well in advance of the game.  This will allow users to fully explore the depths of the Keep, which according to Bioware, contains over 300 decision points to choose from.  You can keep tabs on the Keep’s progress at the official twitter account. 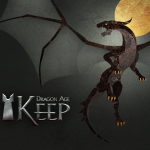 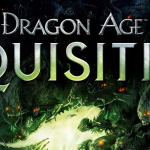