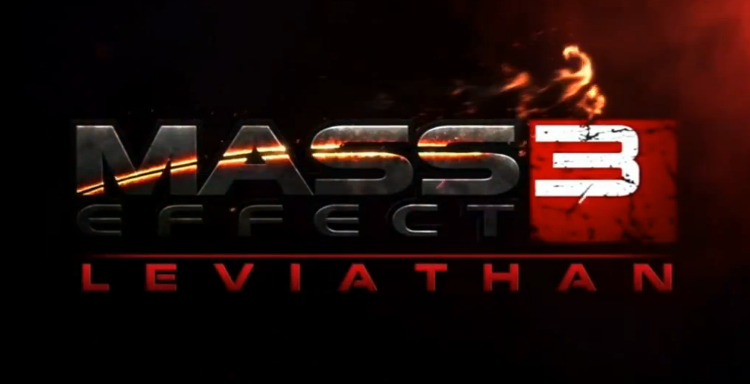 Earlier today, EA held an event called the “Summer Showcase.”  I thought it might have had something to do with The Price is Right, but apparently I was wrong.  It was an oppurtunity for representatives from a number of EA studios to get up on stage and talk about the cool stuff they’re working on.  One such studio making a presentation today was Bioware Edmonton, and they finally pulled the curtain back on their first major expansion of the ME3 single player experience.  Read on for all the details.

The long rumored “Leviathan” DLC was finally announced today, and as many fans have been speculating, it looks to center around the Leviathan of Dis, a mysterious bio-engineered vessel of immense size that was briefly mentioned in the original Mass Effect.  The idea of the Leviathan never left fans’ collective consciousness, and Bioware seems poised to take advantage of the lingering interest surrounding the beast.  On their official blog, Bioware describes the DLC campaign thusly

Something lurks in the dark corners of space, something powerful enough to kill a Reaper. Shepard must discover the most closely guarded secret in the galaxy before the Reapers silence it forever. Discover more about the origins of the Reapers as you race across the galaxy to find the Leviathan. Unravel the dark history of the Reaper Race before it is too late. Coming later this summer there is no war, only the harvest.

Sounds appropriately ominous, don’t you think?  Ser during the events of Mass Effect 3, the DLC will feature new characters and weapons, and will also open up new areas on the Citadel and new star systems for you to explore.  And by explore, I mean scan for random loot.  While no exact date was given, Leviathan is scheduled for release sometime this summer, and will be available on Xbox 360, PS3, and PC. It will cost 800 MS points, or $10 of real money.  Check out the trailer below, courtesy of our dear friends over at IGN, preceded by a brief introduction from Bioware producer Mike Gamble.

But Leviathan was not the only piece of single player candy Bioware dangled infront of us today.  Also announced was the Firefight Pack, which brings a whole lot of brand spankin new firepower to the single player campaign.  Here’s a rundown of the weapons included.

Geth SMG: Fully-automatic geth submachine gun. Its rate of fire increases when the trigger is held.

It’s not like Mass Effect 3 had a shortage of guns, but damn, some of these sound fun.  Unlike Leviathan, we have a confirmed release date for the Firefight Pack, and you won’t have to wait long for it.  The DLC will be released on August 7, and will only cost 160 MS points and/or $2… which, by the way, is less than what Bioware charges for their “premium Spectre packs” in the ME3 multiplayer store.  And with Firefight, they’re even telling us what’s in the pack before we buy it!  What a concept!

Bioware also talked about the release of ME3 on the Nintendo Wii U, and for the three of you out there who care, here’s a quick outline.  Launch title, Extended Cut, interactive back story generator, full multiplayer support.  Oh, and a “brand new control scheme designed to incorporate the Wiipad.”  Ughhhh…. Wiipad?