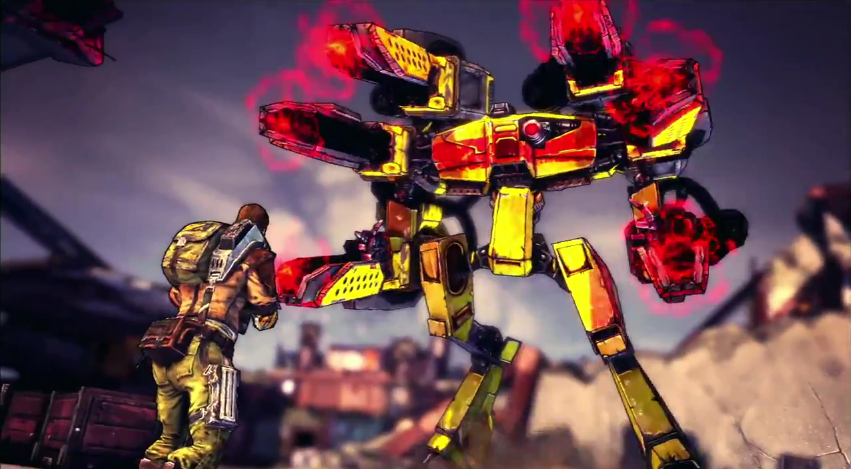 From the “sequels to games Joe always meant to check out but never actually got around to playing” file comes word that Borderlands 2 has been given an official release date, new gameplay details, and a snazzy new trailer.  Oh, and an obligatory pre-order bonus!  Read on for the details and to watch the video.

First of all, let’s get the release date out of the way.  Borderlands 2 will launch on September 18, 2012 in North America, and September 21 everywhere else.  Now, this is Gearbox Studios we’re talking about here, so don’t start planning your release day parties just yet.  Just kidding, Gearbox.  I love you.  When is Aliens: Colonial Marines coming out again?  Anyway, get ready to joy puke your face off. Here’s the trailer…

You didn’t know what I was talking about with that “joy puke” stuff, did you?  Well, now you do.  As shown at the end of the trailer, pre-ordering the game from Gamestop or Amazon earns you entry into the Borderlands 2 Premiere Club.  Membership in the club comes with some nifty awards, including the Gearbox Gunpack, Vault Hunter’s Relic, and a Golden Key.  According to the Gearbox press release, the Golden Key can be used in-game to unlock a rare item, while the Vault Hunter’s Relic can be used to boost your gear-hunting fortune in solo and co-op play.  The Gearbox Gunpack is sorta self-explanatory.

Like I said earlier, that trailer was pretty snazzy…… I might have to get this game.  Which means I should probably get the first Borderlands.  Which means my busy gaming schedule just got even busier.