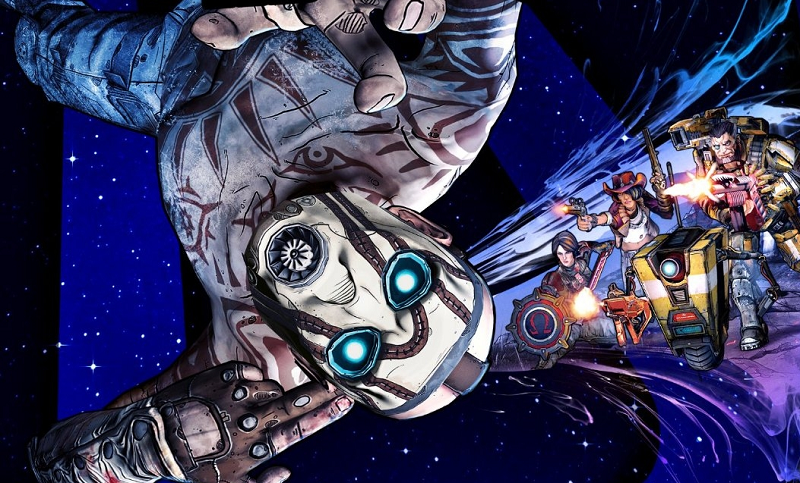 If you’ve been jonesing for some new Borderlands action, like a cell-shaded addicted, twitchy junkie, get ready to celebrate, with 2K and Gearbox Software announcing a new standalone Borderlands game: Borderlands: The Pre-Sequel.

Set in-between Borderlands and Borderlands 2, Borderlands: The Pre-Sequel will be available in Spring 2014 for Xbox 360, PS3 and PC. Launching players to Pandora’s moon, gamers will experience wild, gravity-bending gunfights in zero-atmosphere environments whilst using a variety of all-new weaponry. In a twist to gameplay, for the first time gamers will play on the other side as four new characters contribuiting to the rise of the Hyperion Corporation. Fighting with Handsome Jack by their side, players will be along for the ride to witness his transformation into the megalomaniacal tyrant he is in Borderlands 2.

“Borderlands is one of 2K’s premiere franchises, and Borderlands 2 is the highest-selling title in the history of our company,” said Christoph Hartmann, President of 2K. “Fans are clamouring for an all-new, triple-A Borderlands experience, and we will deliver just that with Borderlands: The Pre-Sequel.”

In a nice nod to 2K Australia, Randy Pitchford, president of Gearbox Software, went on to state that 2K Australia will be playing a very important role in the development of the new title.

“We are grateful that the incredible talent at 2K Australia has been able to jump in with Borderlands: The Pre-Sequel to help it live up to the high standards that Borderlands fans have come to expect.”

Tony Lawrence, general manager of 2K Australia concluded: “Gearbox has entrusted 2K Australia with the co-development of their award-winning franchise and we are committed to delivering an all-new shoot ‘n’ loot experience that fans will love.”

As yet, the title has not been rated. For more information, head on over to the official website.