Bring some Zimos magic to your character with Saints Row: The Third’s newest DLC pack 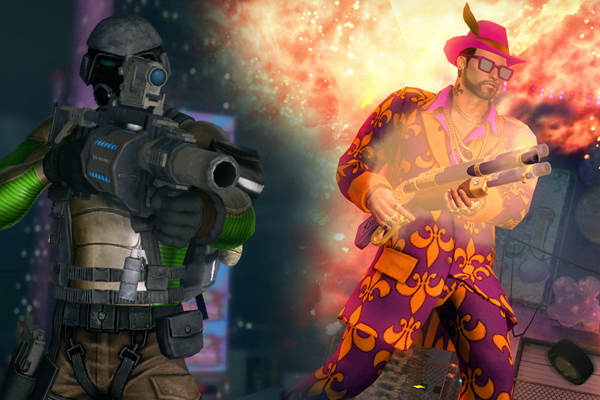 If you’re looking to bring a little Zimos style to your Saints Row: The Third character – THQ has you covered. The latest DLC pack, called ‘Z-Style DLC Pack’ includes a Zimos-inspired Suit as well as the very swish Bling Shotgun. And that’s not all on the DLC horizon. There’s also the Explosive Combat DLC Pack for those of you who want a little more bang for your buck regarding firepower.

Included in the Explosive Combat DLC is the Future Soldier Outfit (which looks impressively killzone/halo/mass effectian to me) and the M2 Grenade Launcher. And let’s face it – no saints row party is complete without a grenade launcher, right?

And as this is Saints Row: The Third – two trailers showcasing the DLC contents have been released. Here’s the Z-Style DLC Pack trailer:

Both DLC packs are available now on XBLA and the PSN, and will be available on Steam on Friday.