At long last, beams of glorious light are beginning to shine through the cloak of darkness that has enshrouded Bungie for the last three years.  Yes, their new game is called Destiny. Yes, we will know much more about it very soon. Read on for all the details.

Fellow Bungie fans, our long shared nightmare is about to end.  In an update on their official website, community director DeeJ confirmed (in typically cheeky Bungie fashion) what most of us already knew.

So, our game is called Destiny.

But he went on to tell us much more.  Namely, that the studio is ramping up their social media presence with new Destiny pages on Twitter, Google+ and Facebook.  These new sites will function as primary sources of Destiny information once the game is officially unveiled.  Speaking of which…

You can be the first to see the reveal of #Destiny right here on Feb. 17 (T-Minus 5 days).

It looks like this Sunday will be the day we all get our first official look at Bungie’s next game.  In the meantime, the crafty developer has come up with an inventive way to keep its fans busy.  A thread on the brand new Destiny forum included a link to a mysterious website.  Fans quickly recognized the symbols as belonging to a previous Bungie ARG, or “alternate reality game,” and began decoding the information.  The results are impressive.  Two images have been discovered, both related to Destiny.  One was decoded yesterday, with a second one today. 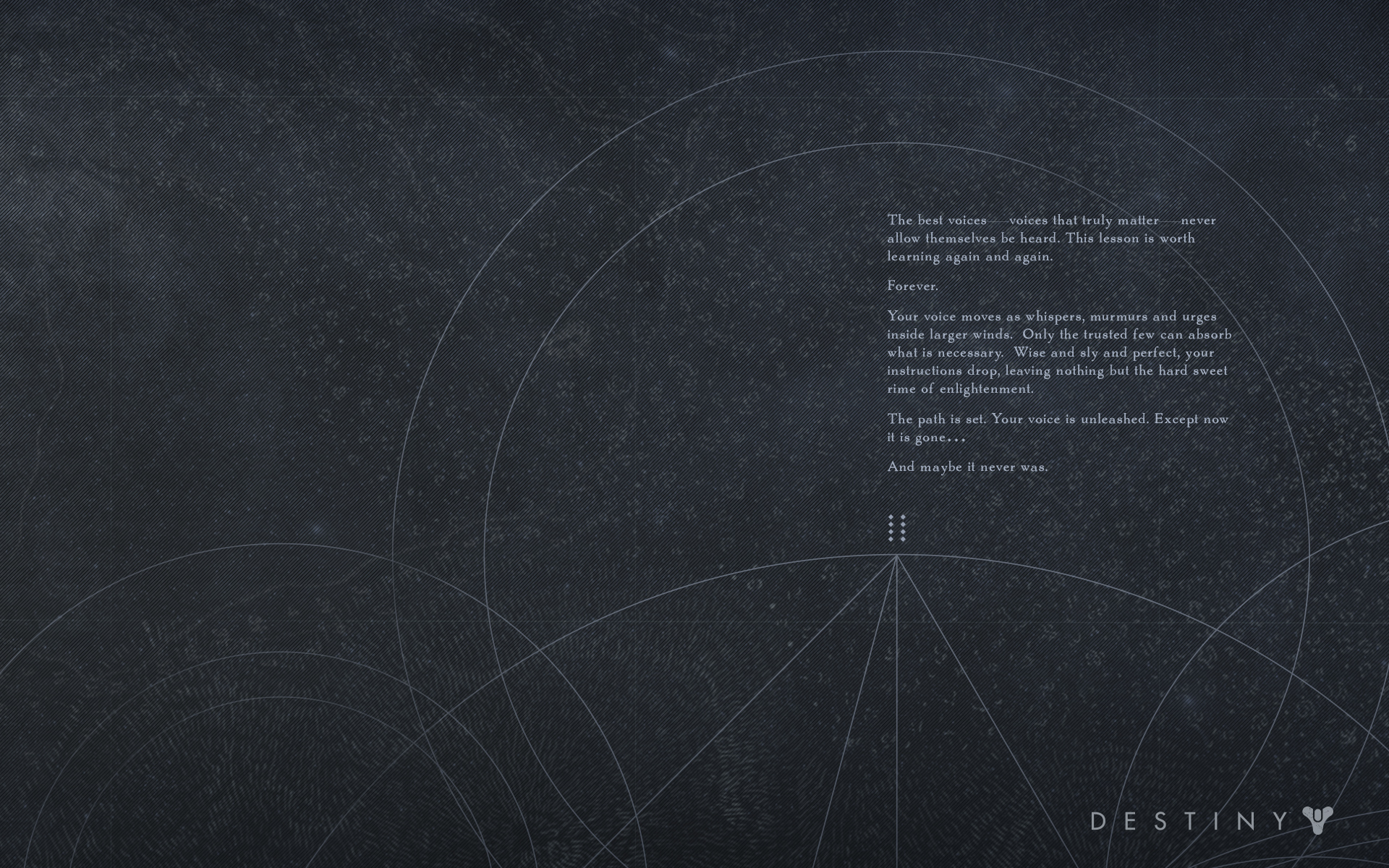 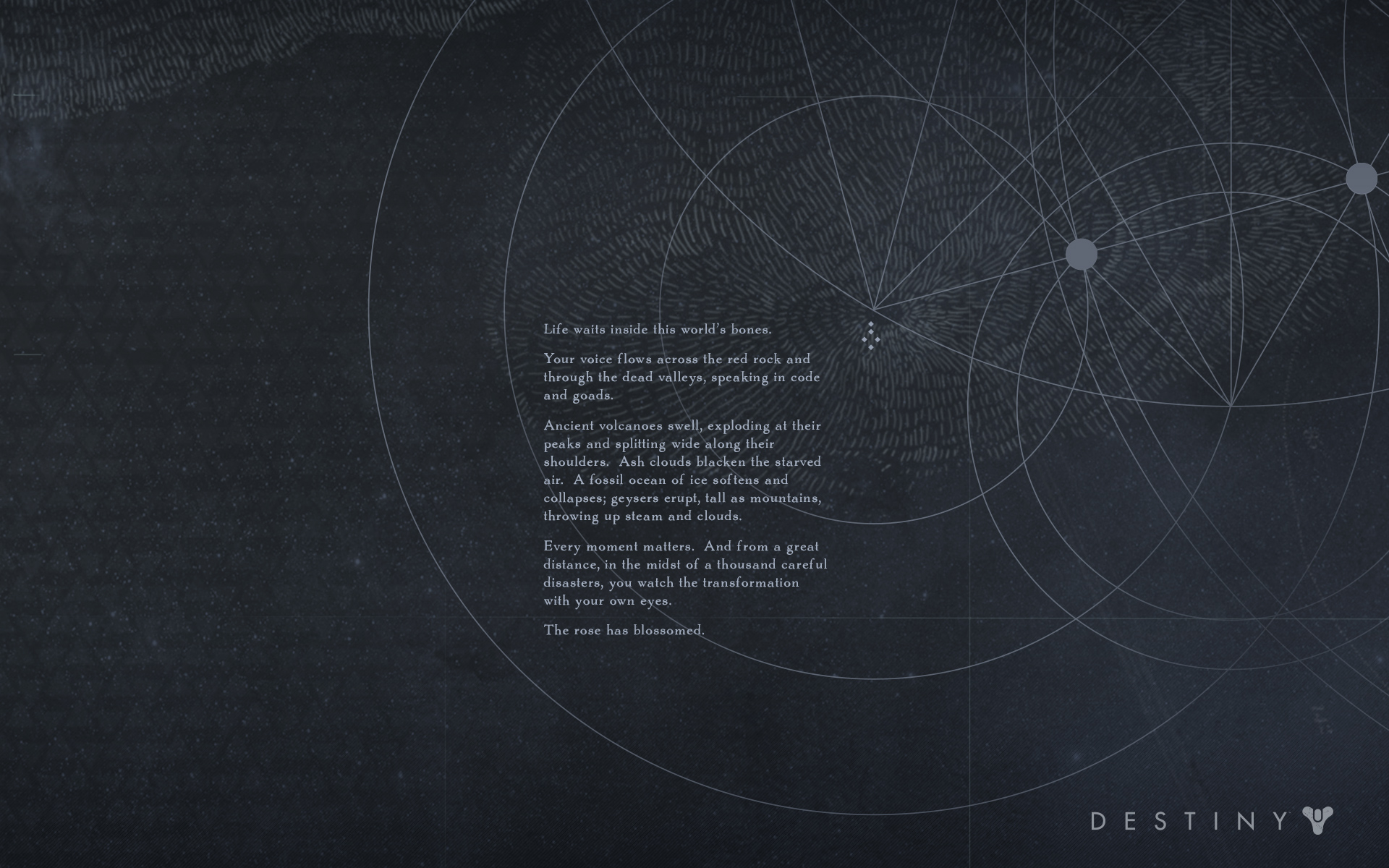 The countdown on the ARG suggests that there are five additional images waiting to be unlocked before Destiny’s unveiling on Sunday. And if those circular patterns are any indication, it seems that the images might link together to form a larger mosaic.

Be sure to check back here for more Destiny coverage.  Bungie Watch, which I started because there was so little information coming out of the studio, might be coming to end soon.  But Destiny Watch is just beginning.