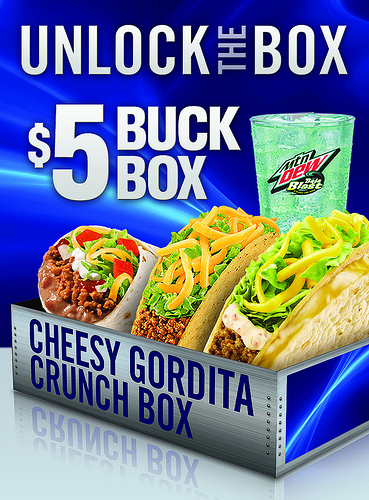 Are you looking to pick up a PS Vita? Would you perhaps like that Vita for free? Starting January 26th, Taco Bell might be able to help you out with that.

The fast food company has partnered with Sony for the “Unlock the Box” promotional event, running from January 26 to March 11. During the event, codes on the boxes can be entered online for a chance to get your hands on the Vita.

Taco Bell is offering two additional ways to win – either play Reality Fighters Dogo on the Taco Bell mobile app, or tell the company what you would do for a Vita on their website! Taco Bell has not yet added the promotion to their official site, but their contest page can be found here, and should be updated come the 26th with the official rules.