More goodies you say? And just what would these goodies be? For the financially secure gamer (or the gamer who will now be eating ramen for the next few months as they pay this baby off), the Witcher 3: Wild Hunt Xbox One Collector’s Edition now includes the following:

After reading that, you may well ask ‘what the hell is Gwent?!’ Thankfully, CD Projekt has your answer!

Gwent is a fast-paced card game that can be played within The Witcher 3: Wild Hunt on every platform. Invented by dwarves and perfected over centuries of tavern table play, Gwent is a game of initial simplicity and ultimate depth, something beloved by both road-weary travelers during long nights around the campfire and elegant nobles looking to liven up dragging dinner parties. The game is about the clash of two armies locked in mortal struggle on a battlefield where the players are the leaders and the cards their forces. With four different factions offering unique combat styles and endless paths to victory, Gwent is every adventurer’s first choice when it comes to one-on-one card-based dueling. Take risks and think on your feet, strategize and deliver cunning combos, use potent magic and mighty hero cards and be the last one standing on the field of honor!

– 4 distinct factions: the mighty and cunning Nilfgaardian Empire, the brave Northern Realms and their siege weapons, the agile and devious Scoia’tael, and the brutal monsters of No Man’s Land.

– Powerful spells allow players to control the weather and affect units on the battlefield.

So whose wallets are already feeling a little lighter after reading that? I’ve already pre-ordered the PS4 version, but it looks like I’ll just have to nab the Xbox One version too. Goddamn it, Geralt.

The Xbox One Collector’s Edition of Witcher 3: Wild Hunt can be seen in all its splendor below. Give it a right click for a larger image. 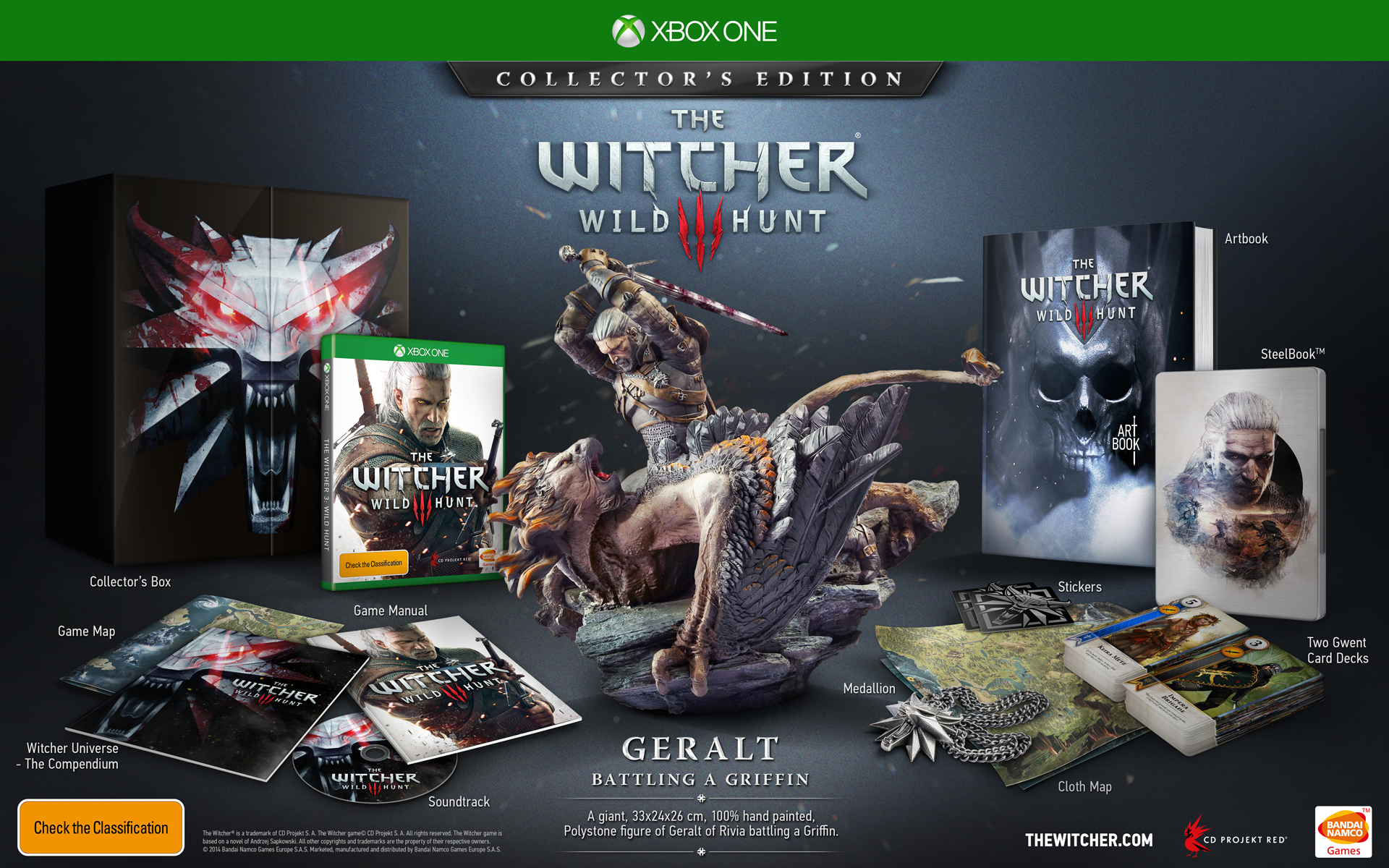