What’s better than a brand new trailer for a game you can’t wait to play?  Four brand new trailers, of course.  Insomniac Games recently unveiled a four pack of videos for their upcoming cooperative shooter, one for each playable character.  Read on to check them out for yourself.

The last time we heard from Insomniac about FUSE, they were postponing the game’s release from March to some unspecified date in late spring or early summer.  To tide us over, they’ve put together character videos for the stars of their game, Dalton, Izzy, Jacob, and Naya.  The four members of Overstrike 9 are all unique, with their own distinct personalities, motivations, strengths and weaknesses.  These videos will give you some backstory for each character, a much better idea of how they will perform in combat, and how they interact with the rest of the squad.  Check them out below, starting with the team leader, Dalton Brooks.

Next up is Izzy Sinclair, the group’s tech and support specialist.  Mass Effect fans might recognize her voice as belonging to Ali Hillis, who provided the voice of Liara T’Soni.  Anyway, enough Mass Effect trivia.  On with the video.

Ain’t she cute?  Now onto Jacob Kimble, the long range marksman.  Like any ranged specialist, his weapon of choice is a… crossbow?  Wouldn’t have been my first guess, but I respect his decision.

Finally, there’s Naya Deveraux, the stealth specialist of Overstrike 9.  And what’s that you say?  You want more Mass Effect trivia?  Well, it just so happens that Naya is voiced by Jennifer Hale, famous for her role as Commander Shepard.

So there you have it.  Who’s your favorite?  I’m gonna have to go with Izzy, and not just because she’s a cute redhead voiced by Ali Hillis.  Although, I can’t lie, that does factor into it.  While we don’t have a confirmed release date for FUSE yet, my gut tells me it’ll be sooner rather than later.  When we get official word from Insomniac, you’ll be the first to know.  We promise. 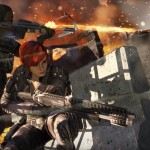 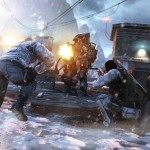 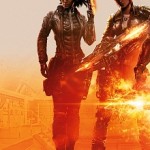