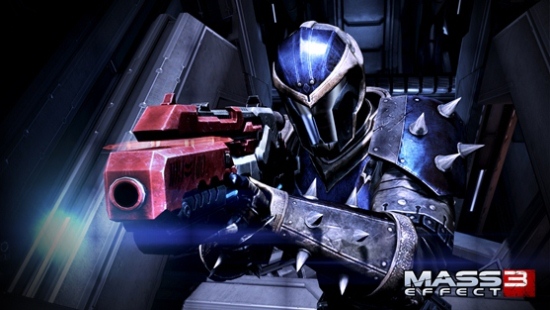 Our shared dream has finally come true. At long last, developers have begun paying us to play their games. OK, not quite. But what EA announced this morning was pretty darned close. When the demos for Mass Effect 3 and Kingdoms of Amular: Reckoning launch later this month, they will come loaded with unique (and totally awesome) downloadable content for each title. We’re talking guns, we’re talking daggers, we’re talking armor. We’re talking free. Read on for the details.

OK, so here’s how it works. Downloading the demo for Kingdoms of Amalur: Reckoning (that’s a mouthful) will unlock the appropriately titled Reckoner Knight armor, pictured above. That’s it. That’s seriously all you have to do to snag the armor. And that nifty hand cannon Shepard is wielding? That’s the Chakram Launcher, which will unlock once you complete the demo. So that’s one set of sweet armor, and one badass gun, for free.

But that’s only half of the story. Downloading the Mass Effect 3 demo earns you a similar set of goodies in Kingdoms of Amular. Simply downloading the demo will unlock the Mass Effect-themed N7 armor, pictured below. And those daggers he’s holding with the curiously familiar yellow glow? Yup, you guessed it. Those are the Omniblade Daggers, and all you have to do to get them is complete the demo. 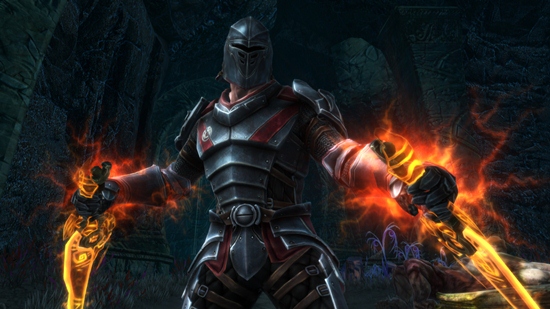 Oh, and did I mention all of this wonderful free stuff was designed by Todd McFarlane?

So to recap: two totally badass sets of armor, a mean looking gun, and two glowing daggers. All designed by the creator of Spawn. All yours. All free. And all you have to do to get them is play the demos for two of the most anticipated games of 2012. It’s a heck of a time to be a gamer, ain’t it?

The Kingdoms of Amalur: Reckoning demo will be released on January 17, followed by the game’s launch on February 7. The Mass Effect 3 demo does not have a firm release date yet, but sometime towards the end of January is very likely. The full game will be released on March 6.